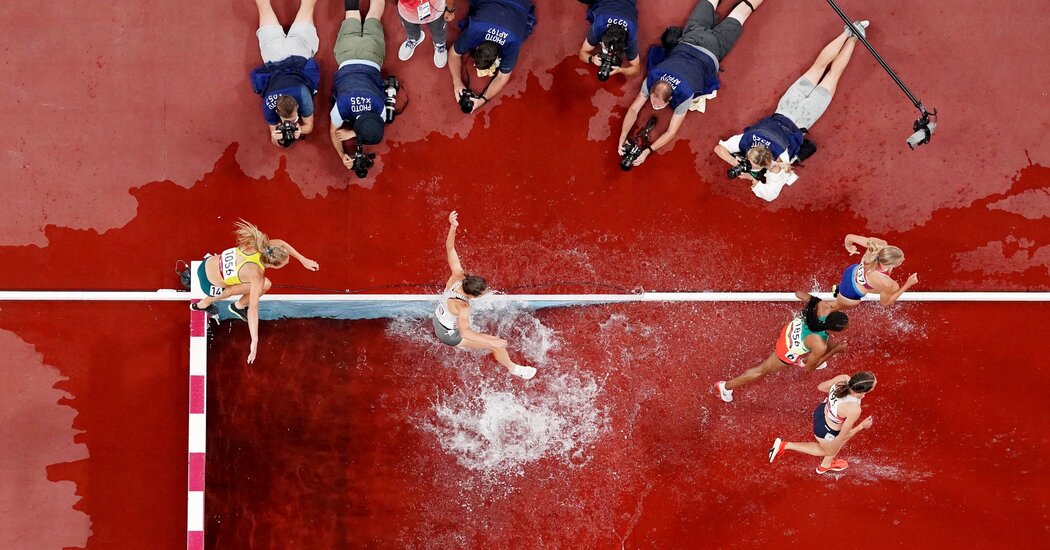 The History of Steeplechase at the Olympics

One of the most entertaining – and difficult – events in athletics is the steeplechase, with its barriers and water jumps that are reminiscent of those of the horse racing it is named after.

From the 18th century in Ireland, horses and riders raced from steeple to steeple due to their visibility over long distances, with competitors overcoming various obstacles in the countryside along the way. Now contested on the track, the world’s most famous obstacle course is the Grand National, held in Liverpool, England, since 1839.

The track and field event can be attributed to the two-mile cross-country races held at the University of Oxford in the mid-19th century. It was made a track event, with barriers, at the English championships of 1879. The men’s steeplechase has been an Olympic event since 1920, but with varying distances before being standardized at 3,000 meters. The women’s 3,000-meter steeplechase first appeared at the 2008 Beijing Games.

On the track, competitors must cross 28 fixed barriers and seven water jumps. Besides strength and endurance, the best steeplechasers, much like horses, also require superior agility.

The obstacles in steeplechase are wider and more stable than those in hurdles in track and field. Unlike these races, athletes can walk over barriers. The height of each gate is 36 inches for men and 30 inches for women.

The water jump features a hedge and water pit that is 12 square feet and 70 centimeters, or more than two feet, at its greatest depth. Athletes try to jump farther to avoid the water in order to maintain speed. The water jump is not part of the oval track; it is located inside or outside the second bend of the track (in Tokyo it’s inside).

Unlike other track events, steeplechase does not require athletes to stay in their lane. Instead, they can immediately snap to the interior track after a mass standing start.

One of the most famous incidents in Olympic history occurred during the steeplechase event at the 1932 Games in Los Angeles. The officials lost count of the laps and the athletes continued to run for approximately 3,460 meters.

While they may not have been so dramatic, the events of the Tokyo Games did not disappoint.

Two days earlier, Moroccan Soufiane El Bakkali took gold in 8: 08.90 to become the first non-Kenyan to win Olympic gold in the men’s event since Poland’s Bronislaw Malinowski won the title in Moscow in 1980. Ethiopia’s Lamecha Girma was second in 8: 10.38, and Benjamin Kigen of Kenya was third in 8: 11.45.

Since the 1968 Olympics, the men’s steeplechase has been dominated by Kenyan athletes, who have won gold at every Games except those in Montreal in 1976 and Moscow in 1980, which they boycotted. , and who won a slew of medals at the 1992 and 2004 Games.