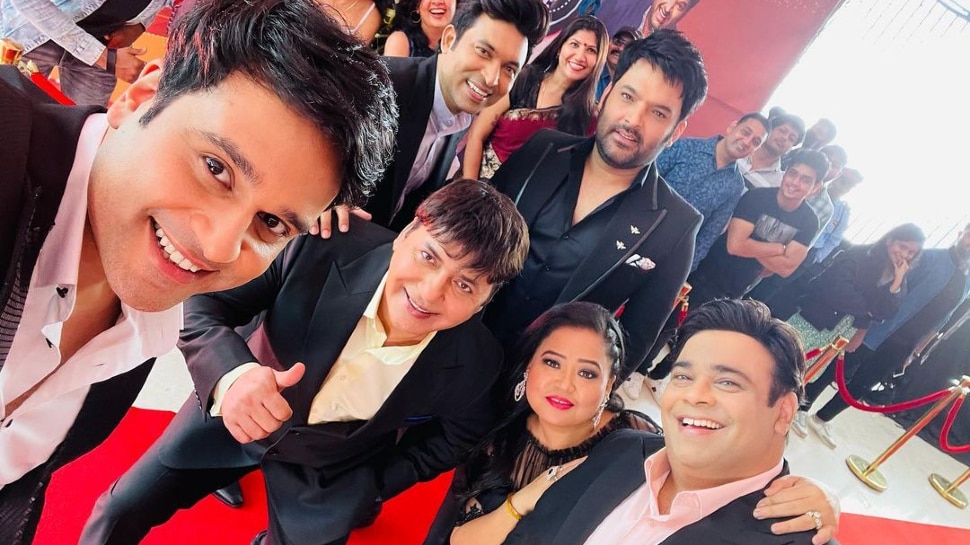 New Delhi: The famous TV show ‘The Kapil Sharma Show’ is going to return to the screen soon and Kapil Sharma himself has given this information on his Instagram. This means that you with your family get ready for a dose of laughter.

Kapil Sharma recently shared some photos on Instagram. In these photos, Kapil Sharma is seen posing with the old starcast. Sharing these pictures, Kapil wrote that new beginning with old faces. In this photo, Kiku Sharda, Bharti Singh, Krishna Abhishek, Chandan Prabhakar and Sudesh Lahiri are seen with Kapil Sharma.

Earlier, comedian Krushna Abhishek had shared such a photo on his social media platform Instagram, from which it was being speculated that Kapil Sharma would be back with his team soon. Krishna shared a photo on his Instagram story in which he, Bharti Singh and Kiku Sharda are seen. While sharing the photo, the actor wrote that ‘Coming back soon. Our first creativity meeting, so excited. New merchandise coming soon’.

The show was closed due to increasing cases of Corona

Regarding the new season, host Kapil Sharma had already announced that he is looking for writers and new actors. In February, Kapil Sharma has once again become a father. It was said that Kapil took a break from work only to give time to his wife Ginni. During that time, not many guests were able to come to the show due to Kovid, due to which the makers decided to take the show off air for some time.