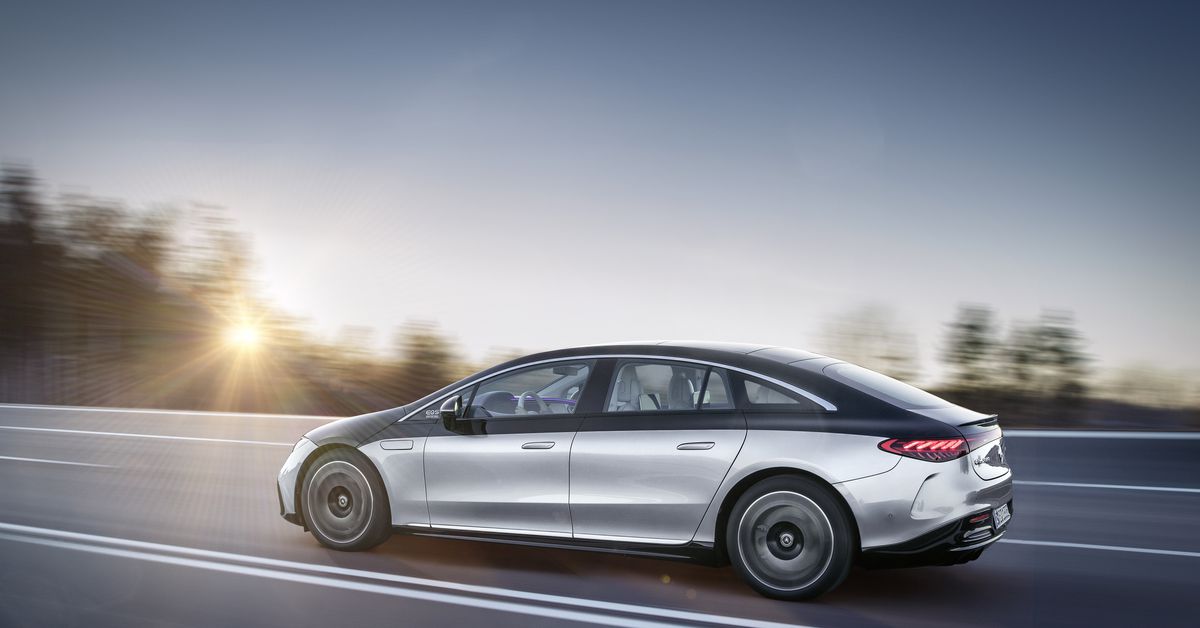 The all-electric Mercedes-Benz EQS is packed with luxury and tech features. We now know it will be competitive with some of its six-figure rivals regarding range, as official estimates are ultimately from the Environmental Protection Agency.

The agency says the rear-wheel-drive version should last about 350 miles on full battery. Buyers of the all-wheel-drive version should expect slightly less, around 340 miles. That’s largely also the case with Tesla’s new triple-motor Model S Plaid, which the EPA says is good for about 348 miles on a full charge on 21-inch wheels. Tesla says the Model S Plaid on 19-inch wheels should deliver close to 400 miles, but that claim has yet to be evaluated by the EPA. A dual-motor Long Range Model S should eclipse a range of 400 miles, though that car has apparently been deferred in favor of the Plaid.

Audi’s e-tron GT – which is built on the Porsche Taycan’s electric drivetrain – can be rated for even less, somewhere in the mid- to low 200-mile range. The only EV that easily captures the EQS’ range figures is the Lucid Air. That sedan received a whopping 520 miles rating from the EPA in September.

A big question with the EQS when it goes on sale in the US later this year will be whether buyers cross-shop against these other EVs or if they want a Mercedes-Benz and choose the electric. If it’s the latter, there’s an added incentive that the EQS’s starting price is actually lower than that of the gas-powered S-Class, it’ll probably be a day’s supply. While an additional 100-plus miles of range will always be good, the mid-300s should be enough for most buyers’ daily and weekly needs.