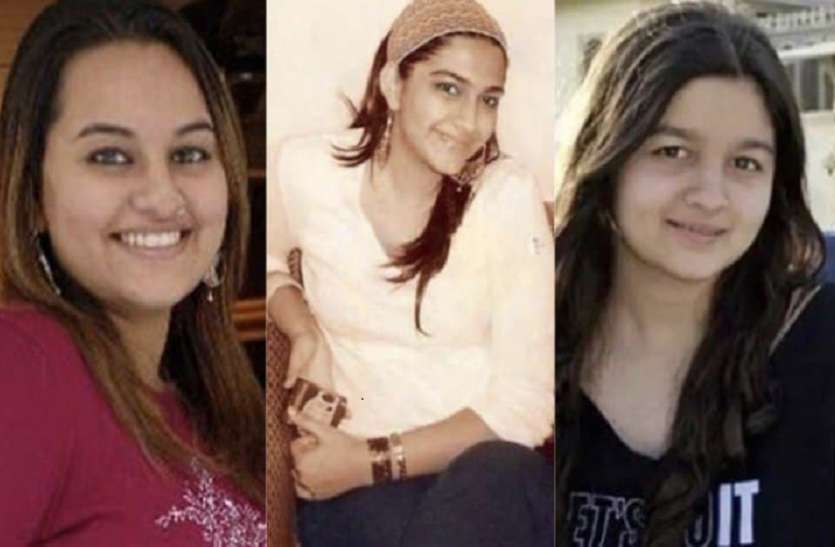 New Delhi. There are many such actresses in Bollywood. Who has been trolled a lot about the weight. In which names from Sonakshi Sinha to Sara Ali Khan are included. All these actresses worked hard on themselves to get into the industry and everyone was surprised to see their transformation. Today we are going to tell you about some such Bollywood actresses. Those who reduced their obesity and made a fit body.

Before appearing in films, Sara Ali Khan was known for her obesity. Many of his videos often went viral on social media. In which she looked very fat. He weighed around 96 kg. After which Sara worked on her weight and then made herself fit. Sara’s fitness also inspired everyone a lot. In an interview, Sara had told that everyone talks about equality. But nothing wants the lead heroine of the film to be 96 kg. Everyone wants the heroine of the film to be thin and beautiful in appearance. Also, those who call zero figure fitness are also not right.

There was a time when actress Sonakshi Sinha was known for her weight. Sonakshi Sinha, who made her Bollywood debut with superstar Salman Khan’s film Dabangg, had lost 30 kg before appearing in films. Despite this, Sonakshi has often been trolled about her weight. People are quite surprised to see the transformation of Sonakshi Sinha in the last 10 years. Seeing herself slim, Sonakshi also feels very good.

Also read- When Reena Roy was told the real mother of Sonakshi Sinha, the actress said this big thing

Actress Sonam Kapoor remains in the headlines in the industry due to her style and fashion sense. Before the industry, Sonam also weighed 86 kg. Along with this, the actress was also suffering from PCOD. In such a situation, Sonam Kapoor had to work hard to reduce her weight.

Alia Bhatt’s name is also included in this list. Alia has achieved her position in Bollywood at the age of 26. Also, she is known for her fitness and style. There was a time when Alia weighed 70 kilograms. According to his height, he weighed 20 kg more. In such a situation, Alia had to work very hard to fit herself.

Zareen Khan made her film career with superstar Salman Khan’s film Veer. But it was not at all easy for Zareen to enter Bollywood. There was a time when Zareen Khan weighed 100 kilograms. After the release of the film, Zareen had to face a lot of trolling due to her weight. After which Zareen lost 43 kg and she is quite fit.