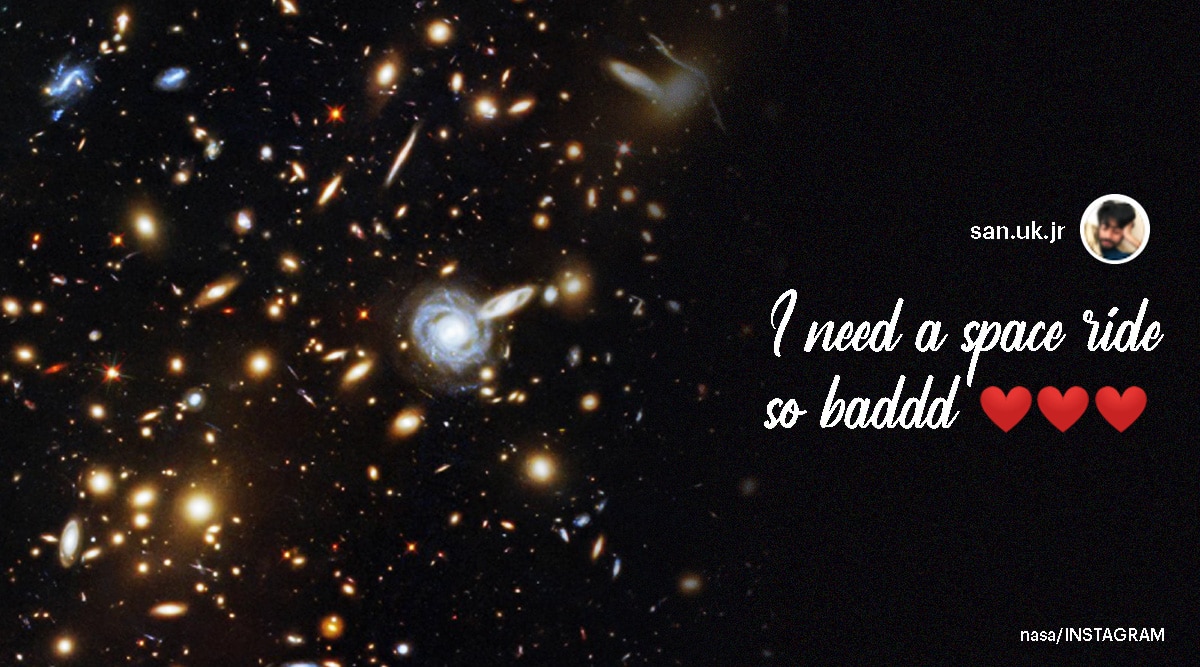 ‘Time to peer into the universe’: NASA’s latest image of a galaxy cluster is a hit on social media

The Nationwide Aeronautics and House Administration not too long ago shared an image of a galaxy cluster that is 3.5 billion light-years away from the Earth and the image is being broadly shared on social media. The image, shared on the area company’s Instagram account options the galactic cluster ACO S 295, in addition to a jostling crowd of background galaxies and foreground stars.

“It’s time to peer into the universe…”NASA wrote whereas sharing the image, which was initially taken by the Hubble telescope.

“Galaxies of all sizes and shapes populate this image, starting from stately spirals to fuzzy elliptical,” a weblog put up by NASA stated.

Since being shared on-line, the image has managed to garner over 6 lakh likes. Take a take a look at some of the reactions right here: