What was Tony Curtis’s Net Worth?

Tony Curtis was an American film actor who had a net worth of $60 million at the time of his death. Curtis was married six times. Actress Jamie Lee Curtis is his daughter.

Tony Curtis appeared in films across six decades, first gaining major critical recognition for his performance in “Sweet Smell of Success” in 1957. He went on to give further acclaimed performances in such films as “The Defiant Ones,” “Some Like it Hot,” “Operation Petticoat,” “Spartacus,” and “The Boston Strangler,” among others. On the small screen, Curtis starred alongside Roger Moore on the action comedy television series “The Persuaders!”

Tony Curtis was born as Bernard Schwartz on June 3, 1925 in New York City, New York, the first of three boys of Hungarian-Jewish emigrants Helen and Emanuel. His younger brothers were Julius and Robert. Until he was six, Curtis spoke only Hungarian. At the age of eight, he was put in an orphanage with Julius when the boys’ parents couldn’t afford to feed them. Julius was hit and killed by a truck four years later. Growing up, Curtis joined a neighborhood gang; he ultimately was saved from a life of delinquency when a neighbor sent him to a Boy Scout camp. He later went to Seward Park High School, where he had his first role acting in a school play.

Following the Pearl Harbor attack, Curtis joined the Pacific submarine force of the US Navy, and served aboard the USS Proteus through the end of the war. After his discharge, he went to City College of New York on the GI Bill, and then studied acting at the New School in Greenwich Village.

Curtis moved to Hollywood in 1948, and signed a contract with Universal Pictures. It was at this time he changed his name from Bernard Schwartz to Anthony Curtis. He made his feature film debut in 1949 with an uncredited part in the film noir “Criss Cross.” The same year, Curtis had small parts in “City Across the River,” “The Lady Gambles,” and “Johnny Stool Pigeon.” In 1950, he appeared in “Francis,” “Woman in Hiding,” “I Was a Shoplifter,” “Sierra,” and “Winchester ’73.” The next year, Curtis was in “Kansas Raiders,” and had his first starring role in the swashbuckler “The Prince Who Was a Thief.” His subsequent credits were “Flesh and Fury,” “No Room for the Groom,” and “Son of Ali Baba.” In 1953, Curtis had another starring role in biographical drama “Houdini.” His star continued to rise over the ensuing years with roles in the successful B movies “All American,” “Forbidden,” “Beachhead,” “Johnny Dark,” and “The Black Shield of Falworth.” Curtis was then in the musical “So This is Paris,” followed by the films noir “Six Bridges to Cross” and “The Square Jungle” and the swashbuckler “The Purple Mask.”

Curtis had one of his biggest commercial hits yet in 1956, when he starred opposite Burt Lancaster and Gina Lollobrigida in “Trapeze.” His real breakthrough, however, came the next year, when he was in four films: “The Rawhide Years,” “Mister Cory,” “The Midnight Story,” and “Sweet Smell of Success.” Although the latter film was a commercial disappointment, it earned Curtis the best reviews of his career, establishing him as a dramatic heavyweight. Next, he appeared in “The Vikings” and “Kings Go Forth.” In 1958, Curtis gave another highly acclaimed performance in “The Defiant Ones,” costarring Sidney Poitier; both men earned Academy Award nominations for Best Actor. He followed this with a string of major hits, including the comedies “The Perfect Furlough,” “Some Like it Hot,” and “Operation Petticoat.” 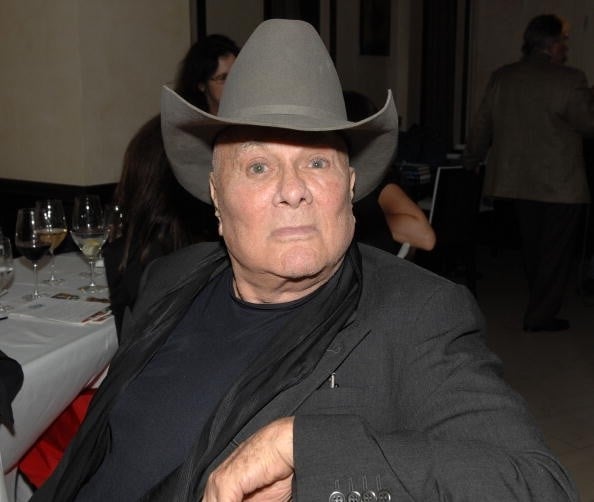 Kicking off the 60s, Curtis appeared in “Who Was That Lady?,” “The Rat Race,” and the historical epic “Spartacus.” For his role in the latter, he received a Golden Globe nomination. Following this, Curtis starred in the biographical dramas “The Great Impostor” and “The Outsider,” and then appeared opposite Yul Brynner and Christine Kaufmann in the adventure epic “Taras Bulba.” His subsequent credits included “40 Pounds of Trouble”; “The List of Adrian Messenger”; “Captain Newman, M.D.”; “Wild and Wonderful”; “Goodbye Charlie”; “Sex and the Single Girl”; “The Great Race”; “Boeing Boeing”; and “Don’t Make Waves.”

Due to the poor reception of many of his comedies, Curtis fired his agent and took a major pay cut to play the titular role in the 1968 biographical crime film “The Boston Strangler,” his first dramatic role in many years. He returned to comedy the next year in “Monte Carlo or Bust!,” and then appeared in the 1970 war films “You Can’t Win ‘Em All” and “Suppose They Gave a War and Nobody Came.” His other credits in the 70s include “Lepke,” “The Last Tycoon,” “Sextette,” and “The Manitou.” In the 80s, Curtis was in such films as “It Rained All Night the Day I Left,” “Little Miss Marker,” “The Mirror Crack’d,” “Insignificance,” “Welcome to Germany,” and “Midnight.” The next decade, he was in “Naked in New York,” “The Immortals,” and “Play it to the Bone.” Curtis had his final film role in the 2008 drama “David & Fatima.”

On television, Curtis is best known for costarring alongside Roger Moore on the action comedy series “The Persuaders!” in the early 70s. He also had main roles on “McCoy” and “Vega$.” Additionally, Curtis appeared in a plethora of television films over the decades, including “The Song is You,” “The Third Girl from the Left,” “The Users,” “The Scarlett O’Hara War,” “Tarzan in Manhattan,” and “A Perry Mason Mystery: The Case of the Grimacing Governor.”

Curtis was married a total of six times. His first wife was actress Janet Leigh, to whom he was wed from 1951 to 1962. The couple appeared in many movies together, and had two daughters named Kelly and Jamie Lee, both actresses. Next, in 1963, Curtis wed his 18-year-old “Taras Bulba” costar Christine Kaufmann; they had two daughters named Alexandra and Allegra, and divorced in 1968. Curtis subsequently wed Leslie Allen, with whom he had two sons named Nicholas and Benjamin. The couple divorced in 1982, and two years after that, Curtis married Andrea Savio, who he divorced in 1992. The next year, he wed Lisa Deutsch; they divorced after just one year. Finally, in 1998, Curtis married Jill Vandenberg, who was 45 years his junior.

Throughout his life, Curtis often struggled with his health. He developed a major cocaine addiction in the 70s, and in the 80s, suffered from advanced cirrhosis due to both alcohol and cocaine dependence. After having a heart attack in the 90s, he underwent heart bypass surgery. Curtis later developed COPD, and was hospitalized in July of 2010 following an asthma attack. That September, he passed away in his home from cardiac arrest at the age of 85.