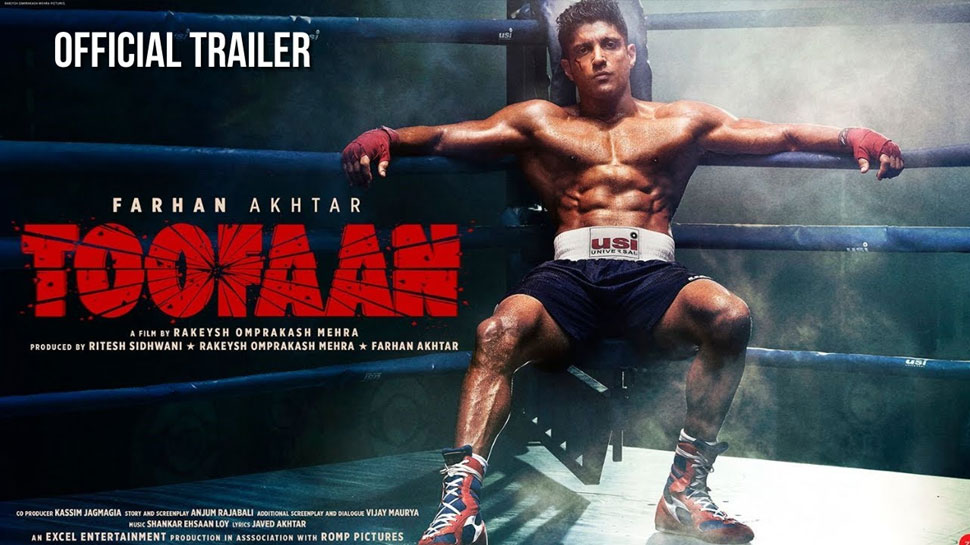 New Delhi: For the past two years, Bollywood actor and filmmaker Farhan Akhtar is busy with his upcoming film Toofaan, the film remains in the news for its great content. In this film, Farhan Akhtar played the character of Aziz Ali, a goon-turned-boxer. The tremendous trailer of the film has been released today (Toofaan Trailer Out).

This trailer is stormy

As the name of the film ‘Toofan’, so too is its trailer. The changing look of Farhan Akhtar’s character is central in the story of this film. Looking at this trailer, it seems that the roles of Paresh Rawal and Mrinal Thakur are also very strong. Farhan has won the hearts of fans through his strong body. His trailer is once again reminding people of ‘Bhaag Milkha Bhaag’. Watch this trailer…

The story of the film is also clearly visible in the trailer. It is the fabric of a boxer’s stubbornness and passion. Aziz Ali (Farhan Akhtar) is a street-fighter, street-gunda Ajju Bhai who also does well in boxing. Aziz falls in love with a doctor (Mrunal Thakur). Which motivates him for boxing. Along with this, the relationship between Farhan and his boxing coach Nana Prabhu (Paresh Rawal) is also shown in a special way.

Along with Farhan Akhtar, Mrunal Thakur and Paresh Rawal, the film also stars Supriya Pathak Kapoor, Hussain Dalal, Mohan Agashe, Darshan Kumar and Vijay Raj in strong roles. The film ‘Toofan’, directed by Rakeysh Omprakash Mehra, is going to be released on May 16, 2021 on Amazon Prime in 240 countries.

Read also: Sara Ali Khan was seen in the arms of Mystery Boy on the beach, know what is the matter with PHOTO