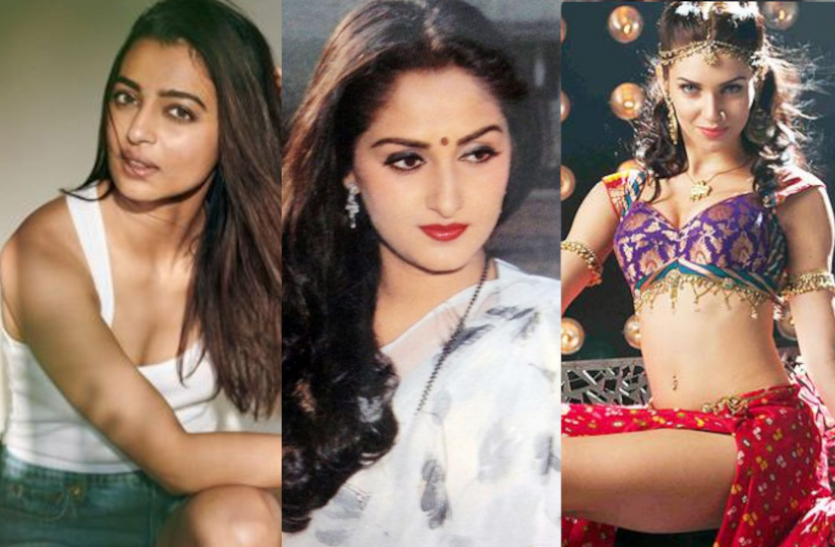 Mumbai. Like ordinary girls, Bollywood actresses also have to face molestation many times. Sometimes the molesters are their co-workers, and sometimes even the people hiding in the crowd indulge in ‘dirty acts’. However, in the era of women empowerment, women no longer tolerate molestation and protest immediately. Many times such incidents have come to be seen that the actresses slapped the molesters. Let us know about some such cases-

Popular actress of the 80s, Jaya Prada slapped fellow actor Dilip Tahil during the shooting of a film. According to reports, Dilip Tahil could not control himself during a scene and grabbed the actress tightly. Angered by this, Jaya slaps Dilip and reminds him that this is a film, not real life.

Radhika Apte is counted among bold and talented actresses. The actress also had to face a similar incident. She once told in an interview that when she was shooting a South film, a famous South Indian actor started tickling her feet. Radhika had sensed his intention and slapped him to teach him a lesson.

Also read: Kangana Ranaut Reveals, Said To Papa – If You Slap Me, I Will Slap You Too

Model Scarlett Wilson has done item songs in many Hindi and South films. She also appeared in the song ‘Manohari’ from the movie ‘Bahubali’. During the shooting of this song, her co-star Umakant Rai touched her inappropriately. It is said that the model immediately slapped Umakant.

Also read: These Bollywood celebs made such ‘mistakes’ that damaged their reputation, in their careers backward

Actress Geetika Tyagi, who has worked in a few films like ‘Atma’ and ‘One Boy Two’, has also been a victim of physical molestation. In 2014, she accused Subhash Kapoor of sexual harassment. During an event when Subhash and his wife were sitting, a fight broke out between Geetika and Subhash. The actress said that Subhash tried to touch her forcibly. During this, the actress slapped Subhash with receipt. Subhash later admitted his mistake.