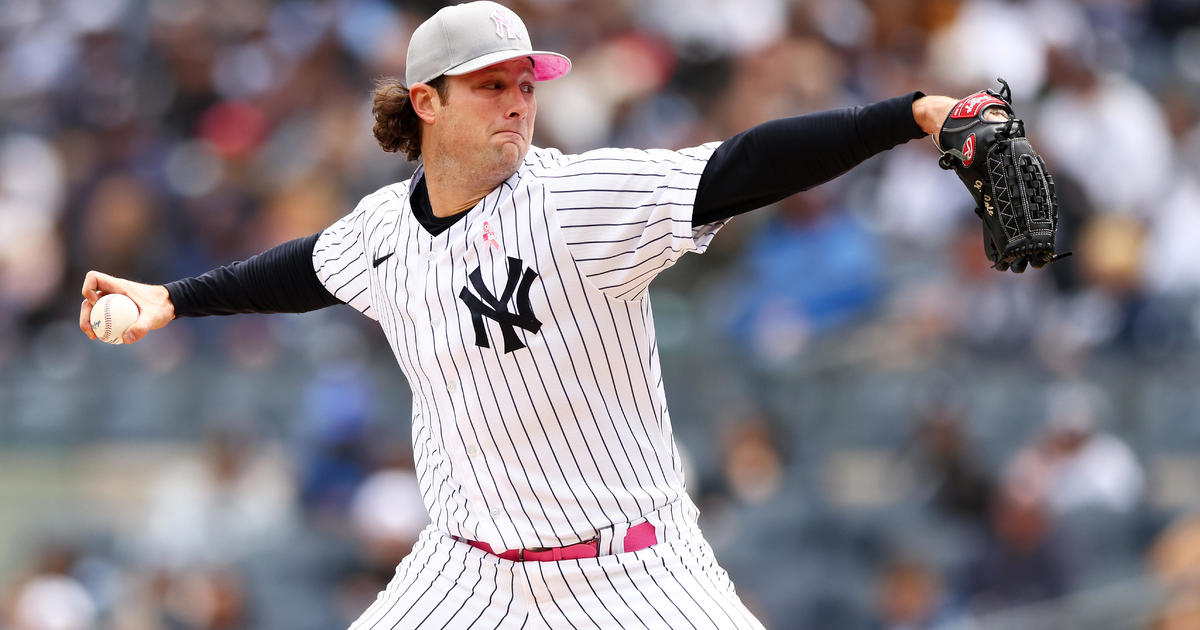 NEW YORK — Gleyber Torres hit a game-ending homer to lead off the ninth inning and the New York Yankees beat the Texas Rangers 2-1 Sunday in the opener of a doubleheader.

Torres gave the Yankees their third walk-off victory of the season when he lifted a 3-1 sinker from John King (1-1) into the short porch in right field. His fourth homer this year propelled New York to its 12th win in 13 games.

Torres also had a game-ending single April 23 against Cleveland and now has seven career walk-off hits, including two homers.

Giancarlo Stanton hit a sacrifice fly in the sixth after Rangers starter Dane Dunning lost his no-hit bid on an infield single by Aaron Judge to open the inning.

Cole allowed three of his hits in the first two innings, when he threw 47 pitches. After allowing his only walk, Cole retired 14 of 15 hitters before Calhoun connected.

Dunning allowed one run and two hits in six innings. He struck out five, walked three and did not throw any of his 100 pitches over 90.8 mph.

Calhoun ended Cole’s bid for a third straight scoreless start when he lined a full count 97.6 mph fastball to the right field seats and just inside the foul line with one out in the seventh. It was the only fastball Cole threw in the seventh.

Dunning lost his no-bid on his 86th pitch when Judge hit an infield single to third baseman Brad Miller and easily beat the throw. Anthony Rizzo followed with a single that moved Judge to third, and Stanton’s fly ball to left gave the Yankees a 1-0 lead.

Rangers: RHP Josh Sborz was recalled from Triple-A Round Rock as the 27th man for doubleheader.

Yankees: OF Tim Locastro (left lat strain) was placed on the 10-day injured list and will be out a few weeks. Locastro said he was hurt when he stole second as a pinch-runner in the ninth inning of Monday’s 3-2 win in Toronto. … RHP Ron Marinaccio was recalled from Triple-A Scranton/Wilkes-Barre, and manager Aaron Boone said the Yankees will likely keep an extra pitcher through the opener of a four-game series in Chicago on Thursday. … OF Estevan Florial was added to the roster as the 27th man.