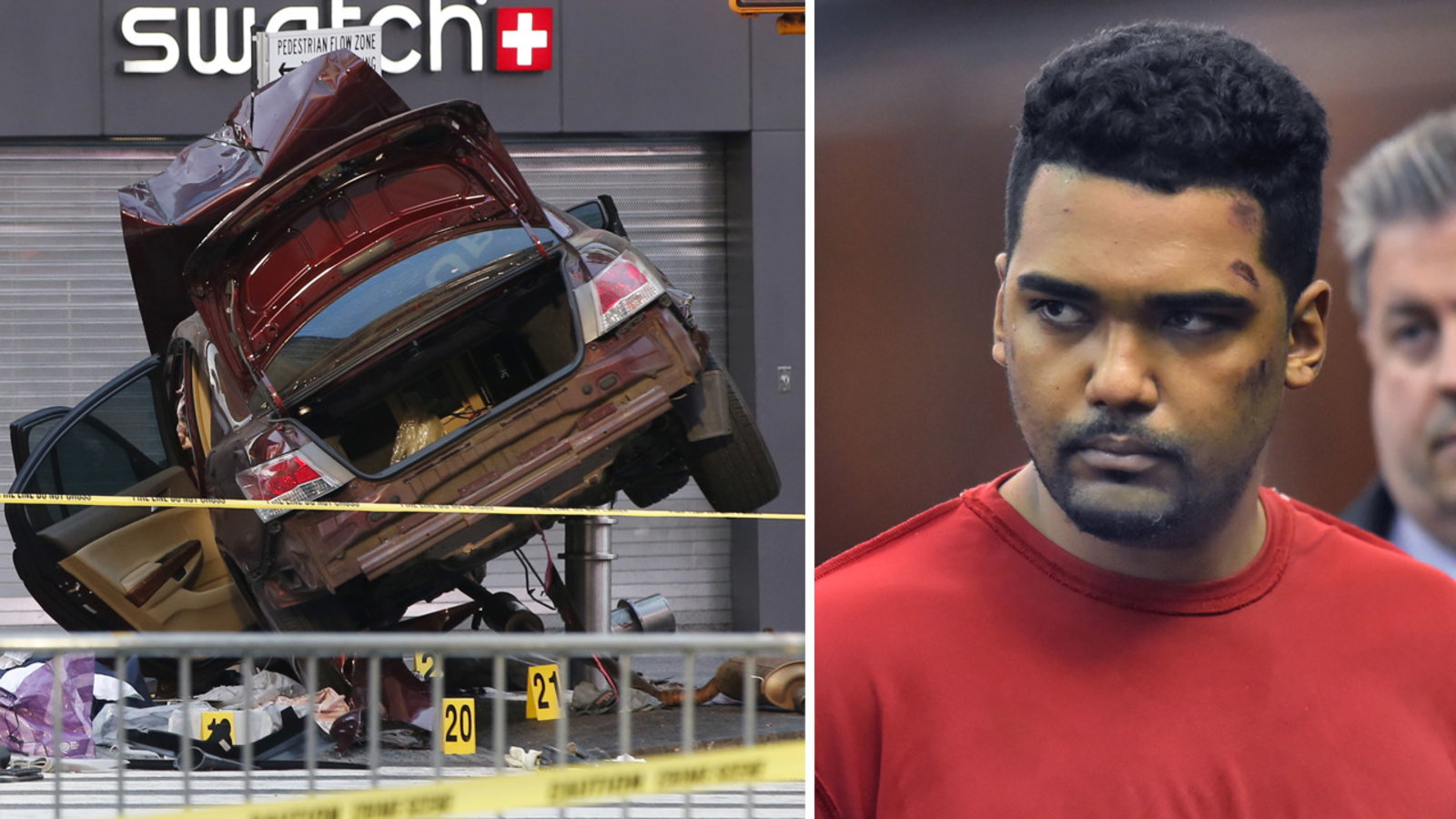 NEW YORK CITY — The man behind the wheel of the car that barreled through crowds of pedestrians in New York City’s Times Square, killing a woman and injuring 22 other people, is finally headed to trial after various delays over five years, including pandemic-induced court shutdowns.

Opening statements are expected Monday in the trial of Richard Rojas, a 31-year-old U.S. Navy veteran who told police after his arrest that he had been smoking marijuana laced with the hallucinogenic drug PCP before plowing through helpless tourists in 2017 at the Manhattan landmark known as “the crossroads of the world.”

Alyssa Elsman, an 18-year-old from Portage, Michigan, on an annual family trip was killed. Her 13-year-old sister, Ava, was among the injured. Jessica Williams, of Dunellen, New Jersey, was so badly hurt that her mother had to accept the diploma at her high school graduation while she remained in the hospital.

Rojas’ trial, in state court in Manhattan, is expected to take several months.

Prosecutors say Rojas drove his car from the Bronx, where he lived with his mother, through Times Square on May 18, 2017, then made a U-turn, steered his car onto a sidewalk, and roared back up the sidewalk for three blocks before he crashed his car into protective barriers.

Photographers snapped pictures of a wild-eyed Rojas after he climbed from the wrecked car and ran through the street waving his arms. PCP, or phencyclidine, can cause users to become delusional, violent or suicidal, according to the National Drug Intelligence Center.

According to prosecutors, Rojas said he wanted to “kill them all.”

Rojas pleaded not guilty at an arraignment in 2017 and has since been jailed at New York City’s notorious Rikers Island jail complex. His lawyer said at the time that it was a “terrible thing that happened” in Times Square.

“But how we handle this type of a case will determine how civilized of a society we are,” said defense attorney Enrico DeMarco.

Rojas has several prior criminal cases that paint a picture of a troubled man. Days before the Times Square incident he pleaded guilty to a harassment charge in the Bronx for pulling a knife on a notary in his home and accusing the person of trying to steal his identity.

Rojas enlisted in the Navy in 2011 and served for part of 2012 aboard the USS Carney, a destroyer. Rojas spent his final months in the Navy at the Naval Air Station in Jacksonville, Florida.

In 2012, he was arrested and accused of beating a cab driver whom he said had disrespected him by trying to charge too much, according to the arrest report. The arresting officer said Rojas screamed, “My life is over!” as he was being detained. After his arrest, Rojas told the officer he was going to kill all police and military police he might see after his release from jail, the Jacksonville sheriff’s office report stated.

Alan Ceballos, an attorney who represented Rojas in that case, said the state charges were dropped after the military stepped in to take jurisdiction over the criminal case. Navy records show that in 2013 Rojas spent two months at a naval prison in Charleston, South Carolina. He was discharged in 2014 as the result of a special court martial, a Navy official said.