Watching videos on YouTube is an all-time favorite time pass for every person. Watching videos on cooking, cars, gaming, roasting and many more is one of the most-watched categories for teenagers in India. There’s are many content creators available online on YouTube like Ashish Chanchlani, Bhuvam Bam, CarryMinati, Triggered Insaan, and many more who create videos on different topics and categories to entertain their audience online. 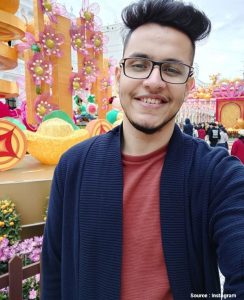 Well, in today’s article let’s talk about one of these famous content creators of YouTube who have earned their name with so much hard work and passion towards entertaining people. Let’s talk about one of the famous, spectacular and good-looking you tuber, Triggered Insaan a.k.a Nischay Malhan! Under this article, read about the YouTuber, Triggered Insaan’s full bio like career life, personal and family background, income or net worth, some facts about him, his education, and much more.

Triggered Insaan i.e. Nischay Malhan is an Indian YouTuber, digital content creator, gamer, streamer, commentator, social media influencer, internet personality, and a roaster from Delhi, India. He is majorly famous for his funny roasting videos or reaction videos. Nischay Malhan’s stage name is Triggered Insaan by which people know him today. Nischay is a famous gamer on YouTube and a famous personality for making comedy and roasting videos on the internet.

READ Also  What is Beth Thomas doing now? She is a celebrated nurse and is committed to helping children with RAD

He started becoming popular when he started making roasting video’s about the TikTok users and stars based on their funny videos and more. He roasted Dhinchak Pooja and other famous TikTok stars in India, this helped him to grow his YouTube channel and get huge online fame. Nischay is surely one of the most famous online content creators in India and he also has 2nd most subscribed roasters after CarryMinati in India. Nischay also has one more channel on YouTube named Live Insaan where he just streams for many popular games such as PUBG, Minicraft, GTA, Fall Guys, and much more.

Nischay was born on the 14th of November 1995 in New Delhi. He is 25 years old and belongs to a Hindu Orthodox family. Nischay’s father’s name is Vinay Malhan, who is a businessman, and his mother’s name is Dimple Malhan, who is a homemaker and also has a food vlogging channel on YouTube named Dimple’s kitchen under which she shares and makes some food recipes. He has 2 siblings, one brother named Abhishek Malhan, who is also a famous YouTuber named Fukra Insaan, and One sister named Prerna Malhan who is also a Youtuber named Wanderers Hub. Since his childhood days, Nischay was so affectionate and always love to play games.

Nischay has completed his school from a private school with more than 80% marks both in his 10th grade and 12th grade. He was an intelligent and smart student since the start. After his 10th grade, Nischay was into depression for two years that is his 11th and 12th grade but he also scored more than 80% in his 12th, his mom and mates helped him a lot during his depression time. His depression was due to a lack of physical fitness. He once said that he was always a school topper and use to get full attention from everyone, he was a decent sportsman’s till his class 8th and then started to focus on his studies.

READ Also  Where are Lori Arnold and her son today?

Triggered Insaan a.k.a Nischay has given many competitive exams like JEE, JEE Mains, BITS Pilani, and more to get admission for an engineering degree. After completing his schooling, he joined IIIT in Delhi and started to pursue his bachelor’s degree in Electronics and communication degree and complete it from there.

Nischay started his career line by doing a job as an internship in a good private firm for around 6 months after completing his bachelor’s degree in Electronics and communication. After doing his job for at least 6 months, he left that job as he was fed up with the same and wanted to follow his dreams in video making. He always had that interest in making short, comedy, and funny videos on YouTube.

Nischay use to lie to his parents b saying that he is going to work even after quitting that job, he use to go to his friend’s house and record or create videos hiding from his parents. After some time, he finally confessed it to his parents as one of his videos went viral on YouTube. His parents were really angry but then accepted it. Nischay’s short, funny, and commentary videos were accepted by people and his channel started to grow.

After then he finally made a youtube channel named ‘Yes-Yes-bhai’ and started creating long and short reacting and roasting videos. He finally started getting fame after his roasting video on Dhinchak Pooja and Narendra Modi. He then changed his name to ‘Itz Nischay’ which means ‘Obviously’ in English, but he didn’t like it much and thought of a unique name.

Then he finally came up with a word, Triggered Insaan! Insaan means human and triggered is because of his father as he easily gets angry. Triggered insaan first targeted to roast Dhinchak Pooja and crated 6-8 videos related to Dhinchak Pooja along with Narendra Modi, Sunny Deol, Aamir Khan, and many other celebrities. These videos helped him earn the name and fame which he has today in public. Slowly his videos started getting viral and earn more and more subscribers. His one video named “Indian Ads are so stupid” went so viral at that time and his subscribers jumped up to 100K with that single video. Currently, he is one of the most popular roasters in India after CarryMinati.

Some facts about Triggered Insaan?