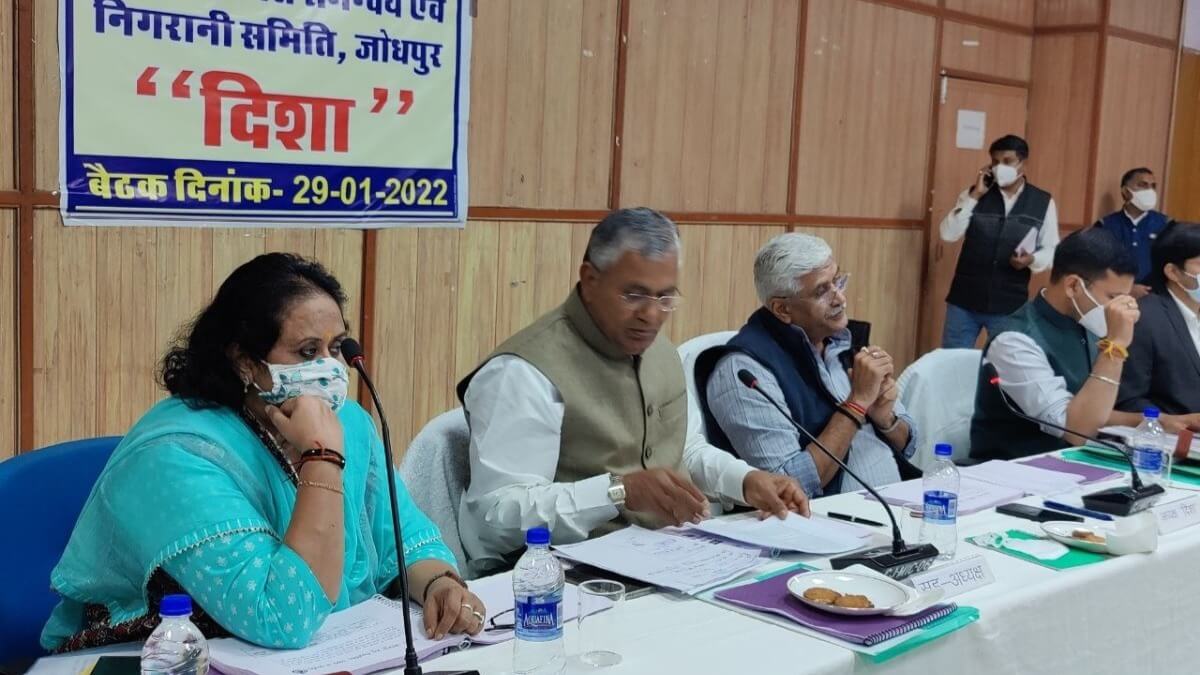 The Union Minister started asking questions to the SDM and said that you are giving passing marks to the MP in a public program. Still working. How did you say that? Who gave you the right to comment on an MP?

Union Minister Gajendra Singh Shekhawat, who reached Jodhpur on a one-day visit on Saturday, was taking a meeting with the district officials. Meanwhile, the Union Minister got enraged on seeing an SDM present in the meeting and started saying that if you want to do devotion then go to Congress. Let us know what is the whole matter.

In fact, SDM Hawai Singh Yadav of Bhopalgarh in Jodhpur district had attended a program in the past. During this, he had praised former Pali MP Badri Jakhar and said that he is more active than the sitting MP. He is always among the people. Presently PP Chaudhary is a BJP MP from Pali.

A meeting was called at Jodhpur district headquarters on Saturday. In which officers of all departments including Union Jal Shakti Minister Gajendra Singh Shekhawat, MP PP Chaudhary and District Collector were present. SDM Hawai Singh Yadav was also present in the meeting. On seeing the SDM, MP PP Chaudhary started asking him questions that Union Minister Gajendra Singh Shekhawat started speaking while stopping him in the middle. The video of this incident is also becoming quite viral.

The Union Minister asked the question to the SDM that whether you have got the right to issue the certificate to the MP. To this the officer said that there was no such intention. After this the minister started showing the video to the collector sitting next to him. The Union Minister started saying that you are giving passing marks to the MP in a public program. Still working. How did you say that? Who gave you the right to comment on an MP?

In the video, the Union Minister is further seen saying that have you been made to keep the attendance register of the MP? Do such acts in the urge to remain in the post. These governments are not permanent. This government will also change. You have to work for twenty years now. At the same time, he also started asking whether you had called the MP in that program? If you are an officer, then act according to the constitution. The officer does not belong to any party.

MP PP Chaudhary, who was present during this, also said that you have undermine our civil service tremendously. Do you have allegiance to any party? If you are so fond of licking the soles, then quit your job and join the party. MP PP Chaudhary also told the collector that such people should not stay in the job. They should be suspended till the completion of the investigation.