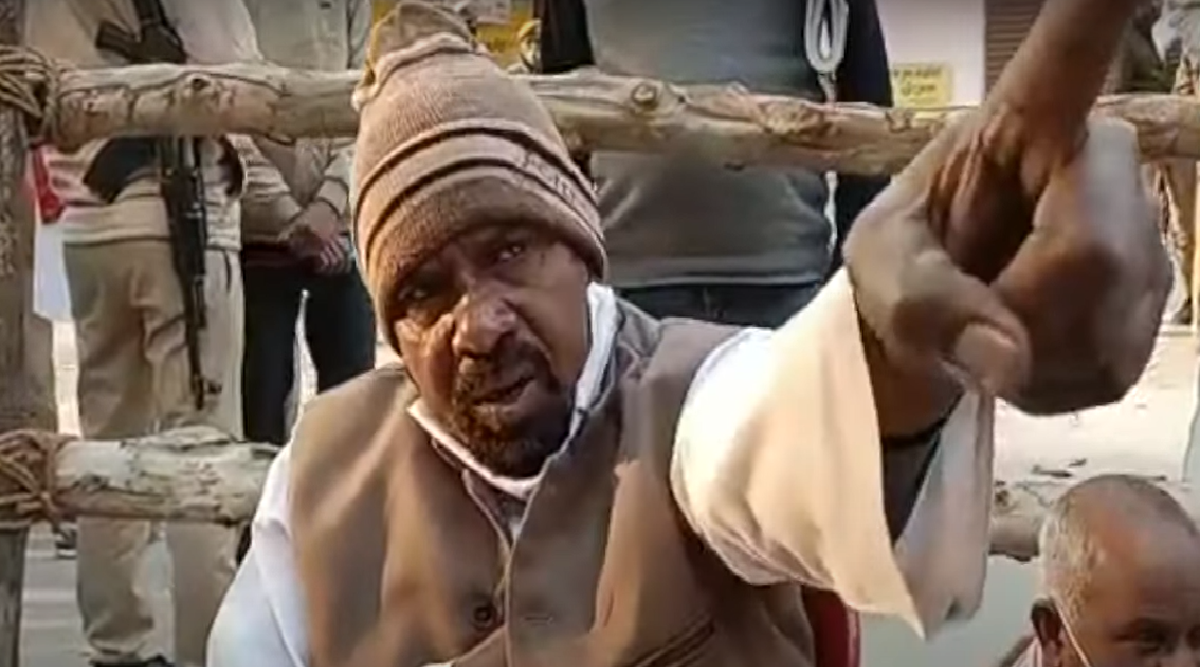 He accused BJP candidate Suresh Khanna of getting the paper canceled.

Amazing views are coming in the election season of five states. At present we are talking about Shahjahanpur of UP. An independent candidate started weeping in public when his nomination was canceled. He is blaming the BJP for getting his papers canceled. The video of the candidate crying bitterly is becoming increasingly viral on social media.

According to the information, Vaidyaraj Kishan had filed his nomination on January 25 from the city assembly under the banner of Samyukta Vikas Party. On 29, his paper was canceled in the investigation. When an officer associated with the election informed Vaidyaraj, he started crying bitterly there. The view was amazing, so the crowd of people started gathering there slowly.

When the officers gave notice of cancellation of the form, Kishan said that only his dead body would receive the documents. Describing the officers as illiterate, the candidate said that the officers kept making him wait for hours. He tried to meet them but the peon did not let him in. He accused BJP candidate Suresh Khanna of getting the paper canceled.

Vaidyaraj Kishan lamented that he had not eaten for 5 days. I was ruined by canceling the form. Vaidyaraj Kishan said that there is no point in his being alive now. According to sources, Vaidyaraj Kishan, who has contested 19 elections, enrolls every time. But till date he has not been able to win. He is known to file his nomination differently each time. This time he had filed his nomination from the city assembly constituency wearing a PPE kit.

READ Also  On the question of missing from the campaign, the BSP gave the answer, 'Party supremo Mayawati is present as much as is needed'

Kishan said that when he went to file his nomination, his proposer was stopped outside. Later on January 26, he again filed his nomination papers. He said that for five days, he has become troubled by continuously making rounds of the Returning Officer’s office.