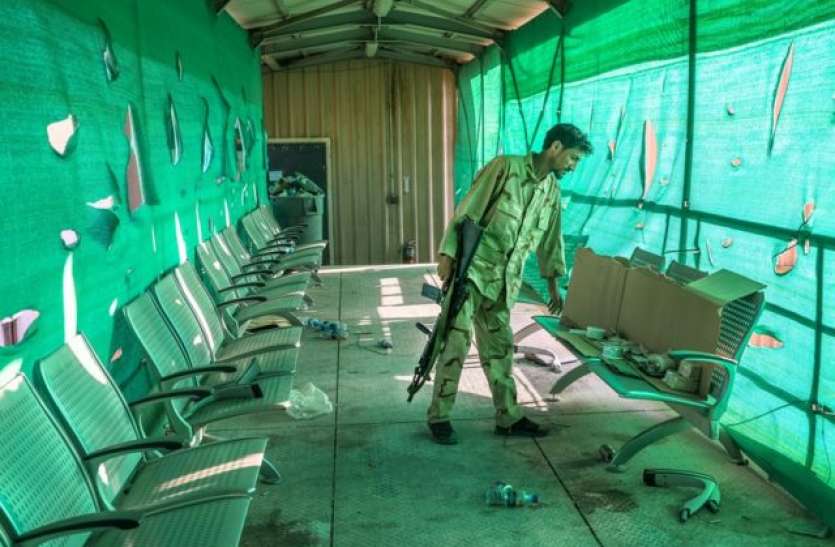 Military officials in Afghanistan say that American troops have quietly left the place in the dark of night without informing anyone.

New Delhi. The Bagram Airfield in Afghanistan was suddenly abandoned overnight by the US forces after 20 years. It is being said that the way America came out of Bagram Airfield, there has been a discussion about it.

Military officials in Afghanistan say that the American army quietly left the place in the dark of night without informing anyone and during this time the new commander of Afghanistan did not even know about it. They came to know about it two hours after the army left.

read this also: Comet a thousand times bigger than normal found, will be closest to our planet in 2031

Terrorist organizations are in high spirits

America no longer wants to take any risk

Last Friday, the US announced that it had evacuated its largest airfield in Afghanistan. However, according to the Pentagon, the program for the withdrawal of American troops from Afghanistan will be completed by August. In fact, America does not want to take any danger now, in such a situation, instead of engaging in war, it is trying to leave quietly.

The new commander of Bagram, General Mir Asadullah Kohistani, says that we received information around 7 o’clock in the morning that the Americans had left Bagram. According to the US statement, the process of leaving Afghanistan had started after President Joe Biden’s announcement. America is pulling out the rest of its soldiers.

There is a jail for 5 thousand prisoners.

On the other hand, Kohistani says that the Afghan National Security and Defense Forces are fully capable of maintaining the hold of Bagram airfield. The Taliban has captured a large part of Afghanistan. There is also a prison for 5,000 prisoners at Bagram Airfield, mostly Taliban prisoners.