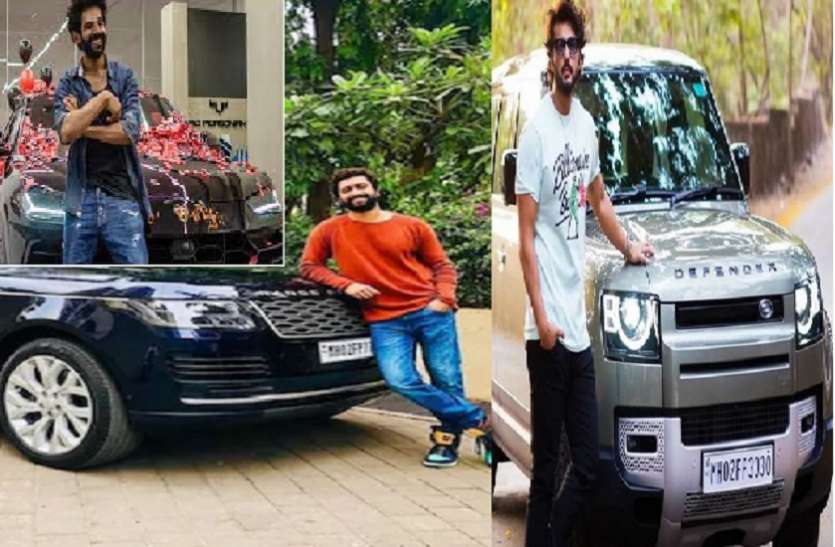 New Delhi. In the glittering life of Bollywood, film stars also start living with the same brightness. And to fulfill their elegance, they do not skimp on buying expensive things too expensively. As recently, Vicky Kaushal has bought a new expensive car, whose pictures have been shared on Instagram and expressed his happiness.

Read More:-Ranveer Singh has already put his heart with these beauties before Deepika, these names will surprise

Earlier, from Arjun Kapoor to Ranveer Singh to Kartik Aaryan, most of the Bollywood celebrities have bought expensive and luxury vehicles. Now the name of actor Vicky Kaushal has also been added to this list. When we tell about those actors who have expensive vehicles….

Read More:- After the divorce of Aamir Khan- Kiran Rao, Kangana Ranaut raised the question, said- ‘Why change your religion only to marry a Muslim’

Kartik Aaryan bought the luxurious Lamborghini Urus in April, whose picture was posted on Instagram. He wrote in the caption of his post, “Bought it… but I might not be made for expensive things.” The cost of this vehicle was around 4.5 crores.

Ranveer Singh also bought the Lamborghini Urus Pearl capsule in May, which was recently launched in India. The price of this luxury car is 3.43 crores. Apart from this, he also has a red colored Lamborghini Urus, which he bought in the year 2019.

Arjun Kapoor
Arjun Kapoor bought a new car – Land Rover Defender in April this year, whose picture was shared on social media. The price of this luxury car is approximately between Rs 73.98 Lakh to Rs 1.08 Crore (ex-showroom).

READ Also  hollywood film producer Dillon Jordan arrested for running a prostitution business party is over | The producer was running a prostration racket under the guise of filmmaking, used to supply girls like this