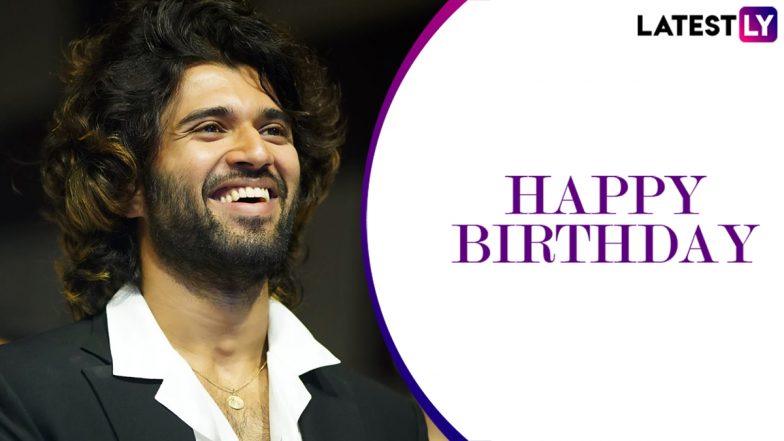 Vijay Deverakonda, one of the finest gems of Tollywood, has turned a year older today. It was in 2011 when he made his acting debut, but he got his breakthrough in the industry in 2016 with Tharun Bhascker’s Pelli Choopulu. Since then there has been no looking back. He has starred in some of the blockbusters over the years. His roles in films have often become talk of the nation. He is not just a great actor, but an artiste who has won hearts even off screen. Vijay Deverakonda And Samantha Ruth Prabhu’s Untitled Film To Be ‘A Lovely Family Entertainer’, Says Director Shiva Nirvana.

For the unversed, in 2019, as per Google’s annual report, Vijay Deverakonda was the most searched South Indian actor. Movie buffs just can’t get enough of his roles in the romantic dramas. On the occasion of his birthday, let’s take a look at the romantic movies in which VD was seen as the lead actor and left the audience impressed with his performance.

It was his first film as a lead actor in which he portrayed the character Prasanth. He is seen as a youth who is lazy but has aspirations to run a restaurant. He dreams of becoming a chef but there are many hurdles that doesn’t let him get closer to his ambitions that easily. But things fall in place when he comes across Chitra (Ritu Varma).

Vijay starred as an innocent and nervous college professor in Parasuram’s directorial in which Rashmika Mandanna was paired opposite him. The engaging narrative and the music plus the performances made this film a huge winner.

Vijay and Rashmika came together once again for Bharat Kamma’s movie and fans went gaga over their chemistry. There’s love, aggression, rejection, ambitions and much more in this movie. The screenplay, direction and performances were sheer magic.

An emotional love story that was beautifully carried off by Vijay Deverakonda along with his female co-stars , Raashi Khanna, Aishwarya Rajesh, Catherine Tresa and Izabelle Leite. His performance was lauded by the audience.

These are some of the popular roles portrayed by the birthday boy on the big screen. We just can’t wait to watch him in Liger, JGM and an untitled film with Samantha Ruth Prabhu. Here’s wishing Vijay Deverakonda a very happy birthday and an amazing year ahead.

(The above story first appeared on Gadget Clock on May 09, 2022 12:01 AM IST. For more news and updates on politics, world, sports, entertainment and lifestyle, log on to our website Gadget Clock.com).