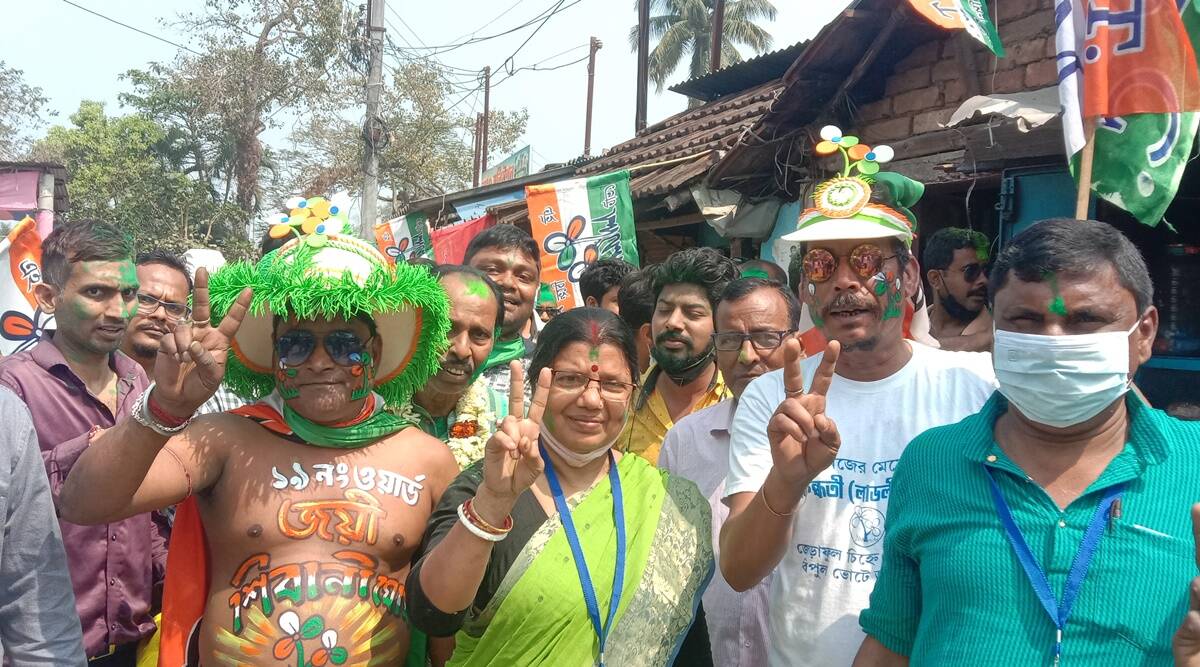 Calcutta: MP Locket Chatterjee and other state leaders have claimed that the Bengal BJP should introspect instead of accusing the Trinamool of electoral rigging.

There is a ruckus in the Bengal BJP after the crushing defeat in the assembly and civic elections. Now its leaders are making the party proud. On Sunday, BJP National Vice President Dilip Ghosh targeted his own party MP Locket Chatterjee. He said that if someone tries to escape his responsibility and puts them on the shoulders of others, it is not introspection.

The special thing is that Dilip Ghosh’s statement has come at a time when MP Locket Chatterjee and other leaders of the state have claimed that Bengal BJP should introspect instead of accusing Trinamool of electoral rigging. He should find out with the body the reasons for his poor performance in the by-elections.

Ghosh said- It is very easy to comment on anything. But those who are not in the field are saying so. Those who have worked in the field know how difficult it is. He said it was easy to comment. During the elections, those who did not work in public and ran away from their responsibilities, they are now giving such statements. This is ridiculous. Today he is blaming the party. But what has he done for the organization in recent times.

On the other hand, today a review meeting was held at the Bengal BJP office to review the defeat in the elections. All the main leaders including State President Sukant Majumdar, Dilip Ghosh, Locket Chatterjee, Amit Malviya, Dinesh Trivedi attended the review meeting. Left TMC and joined BJP and Leader of Opposition Shubhendu Adhikari and Union Minister Shantanu Thakur were not present in the meeting. On the officer’s absence, Majumdar said he had already informed that he was unable to attend the meeting due to urgent work.

READ Also  BSP leader said - no more hypocrite than PM, the anchor interrupted and asked - when was the last time you went to Varanasi; BSP spokesperson got angry