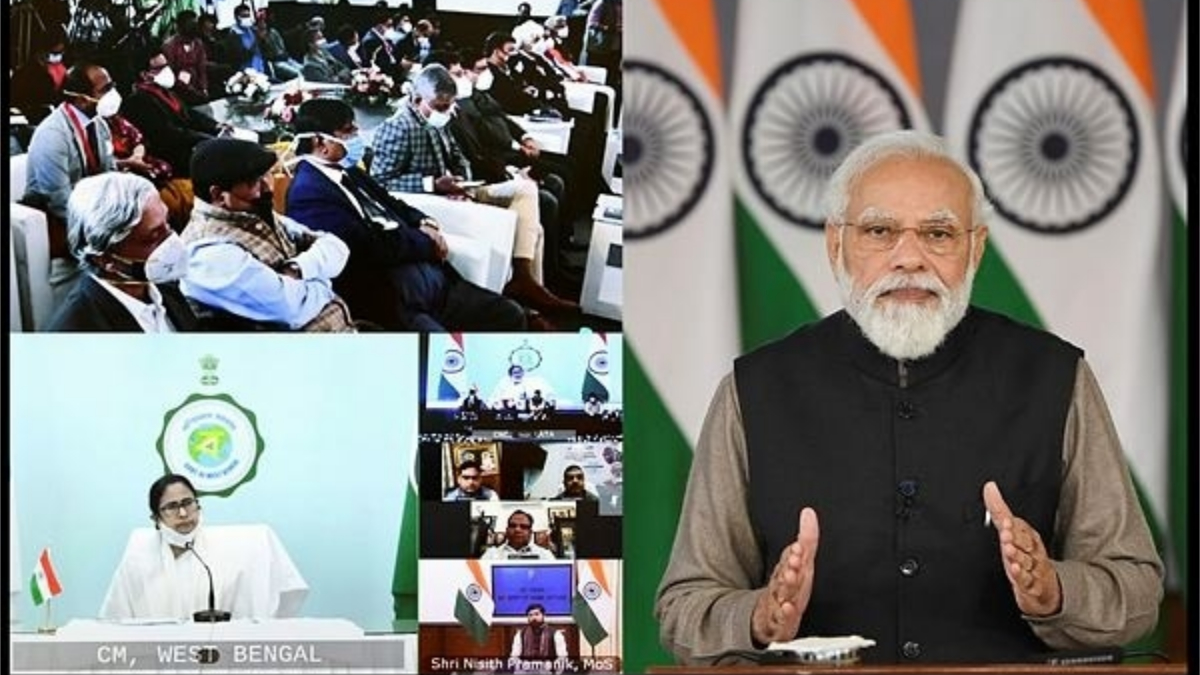 During the program, Mamta Banerjee also complained to Prime Minister Modi about Governor Jagdeep Dhankhar. Mamta Banerjee said that we are following the suggestion given by you due to the shortage of IAS and IPS. But the governor has questioned the process.

On Friday, Prime Minister Modi virtual inaugurated the campus of Chittaranjan Cancer Hospital in Kolkata. Chief Minister Mamata Banerjee, who was present in the program when PM Modi inaugurated the hospital, said that we have already inaugurated it. Along with this, Mamta also complained to Narendra Modi about the Governor of West Bengal Jagdeep Dhankhar.

During the virtual inauguration program of Chittaranjan Cancer Hospital campus, Chief Minister Mamata Banerjee said that the Health Minister had called twice. That’s why I thought that this is a program in Kolkata, PM Modi is showing interest in it. Therefore, for the information of PM Modi, I want to tell that we had already inaugurated it. When Kovid happened, we needed centers in Corona. During this time we saw that Chittaranjan Hospital is associated with the state government. So we inaugurated it. PM Modi listened silently and kept nodding his head while Mamata Banerjee spoke.

During the program, Mamta Banerjee also complained to Prime Minister Modi about Governor Jagdeep Dhankhar. Mamta Banerjee said that due to the shortage of IAS and IPS, which you have suggested that people should be recruited from outside, we are following this suggestion. But the governor has questioned the process. They don’t even know that we are doing it on the advice of the Prime Minister.

However, Governor Jagdeep Dhankhar tweeted that the Chief Minister’s statement was wrong. The Governor tweeted and wrote that in front of the Prime Minister, the Chief Minister claimed that the Governor wrote a letter to me and said, tell me how I got admitted. They do not know whether this decision was taken in the advice of the PM. His claim is factually incorrect and also unwarranted.