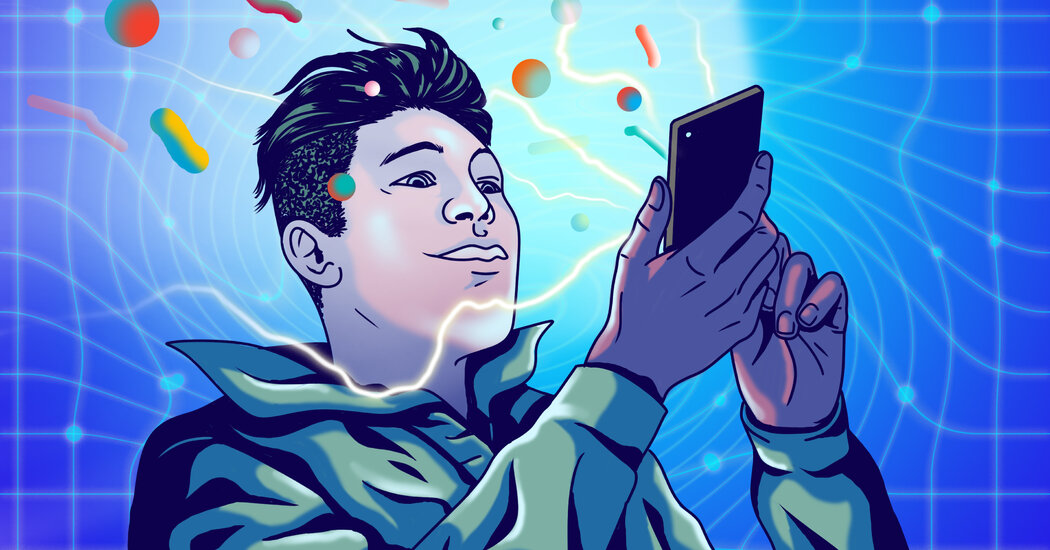 What to Know About the Newest iPhone and Android Software

As the pandemic recedes across the country, a lot has changed in the way we work and live. Some of us are now planning to return to the office, while others will continue to work from home. Many of us will do both.

The software on our phones, which were our most essential tools during the pandemic, is also evolving for this new reality. The changes are courtesy of Apple and Google, who recently unveiled their latest phone software designed for this era of Covid-accelerated hybrid remote work.

This week, Apple introduced iOS 15, its next operating system for iPhone. The software gives device owners new tools to draw boundaries for hybrid work, like a status message that lets others know you’re busy before they send you a message. FaceTime, Apple’s video conferencing software, will also experience its biggest expansion since its debut over a decade ago. The service will finally be open to non-Apple devices, including Android phones, and has been enhanced to make video sessions look and sound better.

Last month, Google introduced Android 12, its latest operating system for mobile devices. The company focused on streamlining the design of its software to help people do their jobs more efficiently, including a shortcut menu for faster access to their favorite tools.

For Carolina Milanesi, consumer technology analyst for Creative Strategies, the changes in iOS 15 and Android 12 – especially Apple’s tool for setting digital boundaries – reflect how our lives and work change again as we are trying to leave the pandemic behind us.

“That little prompt that says people don’t want to be bothered is going to be really important,” she said. “Maybe you’ll prepare your message on the weekend, but you only hit send on Monday morning, that way you don’t force other people to work on the weekends. It takes the pressure off. “

Apple and Google introduced me to the highlights of their new mobile operating systems, which also include new privacy controls and improvements to the phone’s cameras. Both systems are expected to be released this fall.

Here’s what you need to know.

Apple and Google want you to be more productive.

Stuck at home for most of the past year, many of us have become glued to our phone screens, chatting on video calls and texting loved ones in the midst of doomscrolling sessions. For some, this made it impossible to stay focused on a single task.

Consider a new feature from Apple called Focus. Focus can be used to set dividing lines for different parts of your day. You can divide your day into categories like personal life, work, and sleep. For each of these, you then decide which people and apps can cause notifications to appear on your phone.

While working, you can configure the phone so that only messages from your boss appear as notifications; other notifications will be disabled. If you want to stay focused on your personal life, you can only allow notifications from family and friends. You can also set the phone to do not disturb and display a status message such as “On deadline” or “At the movies”. People who try to message you will see this status and might consider sending you a message later.

Google’s changes are more cosmetic. It redesigned Android’s controls to include large rectangular buttons for easy access to functions like flashlight, internet settings, and audio recorder.

Apple’s FaceTime gets a similar upgrade to Zoom.

Video conferencing has become a ubiquitous medium for office meetings, happy hours, and yoga sessions. Today, Apple’s FaceTime is undergoing a major overhaul, with more features and the ability to work with non-Apple devices. These changes put it more on a par with Zoom, the # 1 video conferencing app.

For the first time with iOS 15, FaceTime will be accessible through an Internet browser. This means Android and Windows users can use their browsers to video chat with iPhone users in a FaceTime session by clicking a link.

But FaceTime’s most notable new features remain exclusive to Apple users. SharePlay will allow iPhone owners during a FaceTime call to use an app together. If you are streaming a movie and press the SharePlay button, the other person in the call will be able to stream the movie simultaneously. If an Android user is participating in the FaceTime call, the SharePlay feature will not work at all.

Apple’s camera software is catching up with Google.

For years, Apple and Google have competed against each other to come up with phone cameras that produce great photos. But Apple’s camera software has lagged behind Google’s software, which is powered by artificial intelligence. In iOS 15, Apple is taking steps to make its camera software smarter.

With a feature Apple calls Live Text, iPhone users will soon be able to do more with the camera’s ability to function as a document scanner. If you took a photo of a restaurant receipt, for example, you can use Live Text to tap the phone number on the photo to call the restaurant. Or if you point the camera at a tracking label, you can tap the tracking number to immediately track the package – no input required.

Apple device owners will also be able to extract these types of images later with a keyword search. So if you took a photo of a handwritten recipe, you can open your photo album and type the name of the recipe to search for the image. At this point, you can also convert the scribbled notes of the handwritten recipe to text and transfer them to a digital notepad.

The technology that powers it is known as optical image recognition, coupled with some artificial intelligence. Android’s photo app has offered a similar feature, Lens, for about four years.

And Google is catching up with Apple on privacy.

Apple has been making waves over the past few years with tools to protect user privacy, including a button that allows iPhone owners to ask apps not to track and share their activities with third parties like tech experts. marketing.

Google, whose revenue is primarily based on serving digital ads, did not respond with a similar prompt for people to easily opt out of the tracking. But Android 12 will give people more transparency about the data apps collect and provide new controls to restrict an app’s access to data.

One tool, which Google calls a privacy dashboard, displays a timeline of apps that have access to different parts of the phone throughout the day. This could show that a social media app tapped on your camera at 1 p.m. and a weather app used your location at 3 p.m.

Google also added buttons like stop switches to turn off an app’s access to the phone’s microphone and camera. This could be useful in sensitive situations, like when you’re seeing a doctor and want to make sure an app isn’t overhearing the conversation.

Apple also said this week that more privacy controls are coming for iPhones, including a so-called app privacy report that works similarly to Google’s privacy dashboard. In addition to revealing what data is mined by each app, the privacy report will show the domains, or web addresses, that the apps contact. This could provide insight into the companies that an app shares data with while you’re using it.