What We Think We Know About Metabolism May Be Wrong

Everyone knows the conventional wisdom about metabolism: People gain weight year after year from their twenties because their metabolism slows down, especially around middle age. Women have a slower metabolism than men. This is why they have a harder time controlling their weight. Menopause only makes matters worse, slowing women’s metabolism even further.

Everything is wrong, according to an article published Thursday in Science. Using data from nearly 6,500 people, ages 8 days to 95, the researchers found that there are four distinct periods in life, when it comes to metabolism. They also found that there were no real differences between the metabolic rates of men and women after controlling for other factors.

The research findings have the potential to reshape the science of human physiology and could also have implications for certain medical practices, such as determining appropriate drug doses for children and the elderly.

“It will be in the textbooks,” predicted Leanne Redman, an energy balance physiologist at the Pennington Biomedical Research Institute in Baton Rouge, Louisiana, who also called it “a pivotal article.”

Rozalyn Anderson, professor of medicine at the University of Wisconsin, Madison, who studies aging, wrote an outlook accompanying the article. In an interview, she said she was “blown away” by her findings. “We will have to revisit some of our ideas,” she added.

But the implications of the findings for public health, diet and nutrition are limited at this time because the study gives “a 30,000-foot view of energy metabolism,” said Dr Samuel Klein, who did not participated in the study and is director of the Center for Human Nutrition at Washington University School of Medicine in St. Louis. He added, “I don’t think you can make any new clinical claims” for an individual. When it comes to gaining weight, he says, the problem is the same as it always has been: People eat more calories than they burn.

Metabolic research is expensive, so most published studies had very few participants. But the principal investigator of the new study, Herman Pontzer, an evolutionary anthropologist at Duke University, said the researchers participating in the project had agreed to share their data. There are over 80 co-authors on the study. By combining the efforts of half a dozen labs collected over 40 years, they had enough information to ask general questions about changes in metabolism over the course of a lifetime.

All of the research centers involved in the project were studying metabolic rates with a method considered to be the gold standard – double-labeled water. It is a measure of calories burned by tracking the amount of carbon dioxide a person exhales during their daily activities.

The researchers also had the participants’ height, weight, and body fat percentage, which allowed them to examine basic metabolic rates. A smaller person will burn fewer calories than a taller person, of course, but correcting for height and fat percentage, the group asked: Were their metabolisms different?

“It was really clear that we didn’t have a good idea of ​​how body size affects metabolism or how aging affects metabolism,” said Dr. Pontzer. “These are basic, fundamental things that you think you found answered 100 years ago.”

At the heart of their findings, metabolism differs for all people across four distinct life stages.

READ Also  Second COVID-19 wave in Maharashtra likely in Jan-Feb; govt asks authorities to not get complacent on testing

Once the researchers controlled for body size and how much muscle people have, they also found no difference between men and women.

As might be expected, while metabolic rate patterns are valid for the population, individuals vary. Some have metabolic rates 25% lower than their average age and others have rates 25% higher than expected. But these outliers don’t change the general pattern, reflected in the charts showing the trajectory of metabolic rates over the years.

The four periods of metabolic life described in the new article show that “there is no constant rate of energy expenditure per pound,” noted Dr Redman. The price depends on the age. This flies in the face of long-held assumptions that she and other experts in nutritional science have held.

Lifetime metabolic trajectories and outliers will open up a number of research questions. For example, what are the characteristics of people whose metabolism is higher or lower than expected, and is there a link with obesity?

One of the findings that surprised Dr. Pontzer the most was the metabolism of infants. He expected, for example, that a newborn baby would have a very high metabolic rate. After all, a rule of thumb in biology is that small animals burn calories faster than larger ones.

Instead, Dr Pontzer said that during the first month of life, babies have the same metabolic rate as their mothers. But soon after a baby is born, he said, “something kicks in and the metabolic rate takes off.”

The group also expected the metabolism of adults to start slowing down in their 40s or, for women, at the onset of menopause.

But, said Dr Pontzer, “we just haven’t seen this.”

The metabolic slowdown that begins around age 60 results in a 20% drop in metabolic rate by age 95.

Dr Klein said that while people gain an average of more than a pound and a half a year in adulthood, they can no longer attribute it to a slower metabolism.

The energy needs of the heart, liver, kidneys and brain make up 65% of resting metabolic rate, although they only make up 5% of body weight, Dr Klein said. A slower metabolism after age 60, he added, can mean crucial organs function less well as people get older. This could be one of the reasons that chronic illnesses tend to occur most often in older people.

Even college students could see the effects of the metabolic change around age 20, Dr. Klein said. “When they finish college, they burn fewer calories than they did when they started.”

And around 60, no matter what young people look like, they change in fundamental ways.

“There is a myth about youth retention,” Dr. Anderson said. “That’s not what biology says. Around the age of 60, things start to change.

“There comes a time when things aren’t the way they used to be. “ 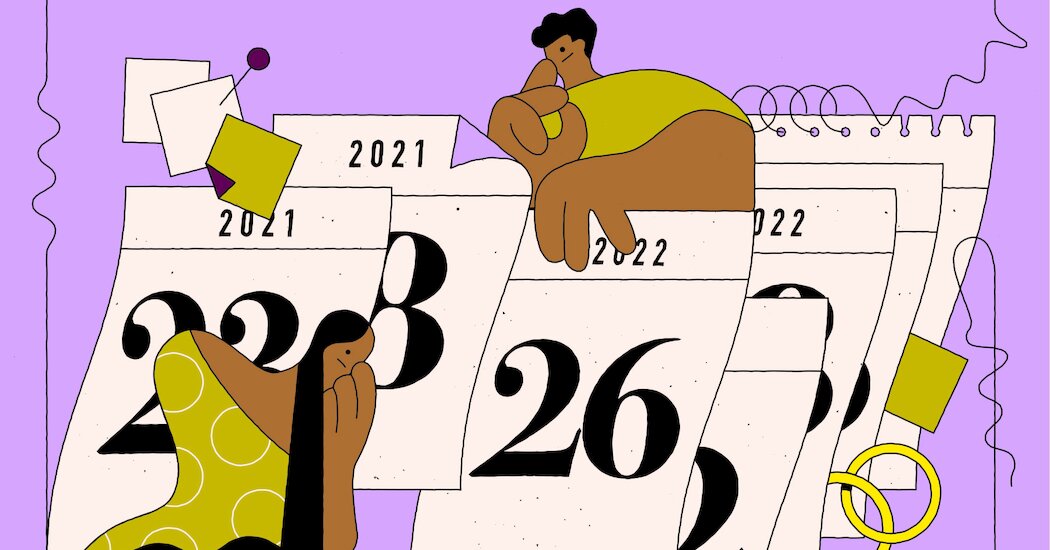