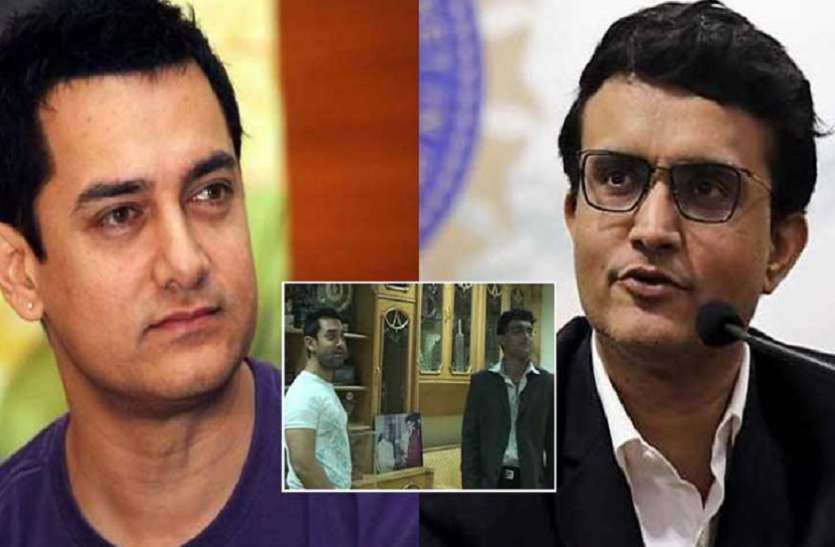 when aamir khan tried to enter in sourav ganguly house

New Delhi. Actor Aamir Khan is called Mr. Perfectionist of Bollywood. He has earned a name all over the world with his acting. His acting is well liked. He has a fan following all over the world. Aamir Khan gets love and respect from everyone. But there was a time when Amir went to meet former cricketer Sourav Ganguly at his house but the guard does not allow him to enter the house and returns him from the gate.

Also read: Hrithik Roshan and Saif Ali Khan to work together in Hindi remake of ‘Vikram Vedha’, film to release in September

Came in disguise to meet Sourav Ganguly
Actually, in the year 2009, Aamir Khan was promoting his film ‘3 Idiots’ in Kolkata. In such a situation, he decided to go to Sourav Ganguly’s house in a unique way. Aamir changed his disguise and went to meet him like a fan. His old video is becoming quite viral again. It can be seen in the video that Aamir disguised himself in an auto and reached Sourav Ganguly’s house. But the guard does not allow them to enter the house.


Crowd gathered for Aamir
Later, when Sourav Ganguly comes to know about this, he immediately takes Aamir inside the house and makes him dinner. When people come to know that Aamir Khan has come, there is a crowd of people. At that time there was a lot of discussion about this prank of his.

Announcement of divorce after 15 years
Let us tell you that Aamir Khan is in a lot of headlines these days about his personal life. Recently, he announced divorce from his second wife Kiran Rao. Both have decided to end their marriage after 15 years of marriage. Both issued a statement saying that they would take care of their son Azad Rao as co-parents. Before Kiran Rao, Aamir Khan had a love marriage with Reena Dutta. He has two children from him. Their marriage also lasted 15 years. On the work front, Aamir Khan will soon be seen in Laal Singh Chaddha. Kareena Kapoor Khan is in the lead role with him in this film.