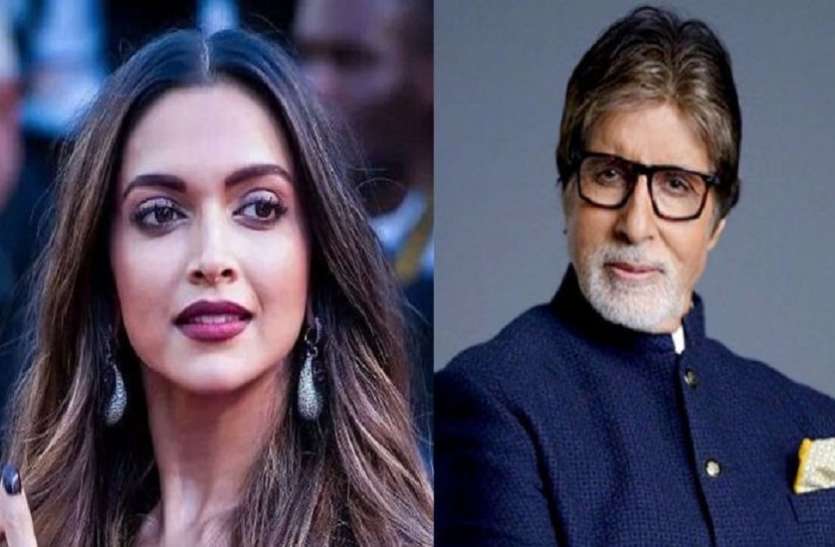 when deepika padukone accused amitabh bachchan for stealing her food

New Delhi. Deepika Padukone, who made her Bollywood debut with the film ‘Om Shanti Om’, remains in the headlines every day. After giving many superhit films, today Deepika has become one of the top actresses of Bollywood. He has worked with many actors in his career. In which the names of Shahrukh Khan, Ranbir Kapoor, Irrfan Khan and Amitabh Bachchan are included. Deepika’s work with these actors was well-liked. At the same time, Deepika has a very good relationship with everyone. She keeps joking with Amitabh Bachchan.

Deepika’s allegation on Big B
Once Deepika called Amitabh Bachchan a thief. Deepika and Amitabh Bachchan were sitting in a press conference. During this, both were talking to the media. At that time their film ‘Piku’ was about to be released. In this film, Deepika played the role of Amitabh’s daughter. The pair of both was well-liked. In the film, the two keep fighting with each other. Similarly, there is a good bonding between the two in real life too.

Deepika accused of theft
In the press conference, suddenly Deepika says, ‘Yeh Mera Khana churate hai’, pointing towards Amitabh Bachchan. Amitabh is surprised to hear this talk of Deepika and says, ‘What am I..?’ After this, Deepika reiterates her point and says that they steal my food. Hearing this allegation of the actress, everyone present there starts laughing. But then Amitabh Bachchan also gives a wonderful answer. In response, Big B says that we usually have three times ‘So what’s wrong with it? We are simple people who eat three meals a day. Their environment is somewhat different. They eat food every three minutes.

READ Also  ARMY Is Excited About This Mega Event, Aren't You?

Where does the food go?
Amitabh Bachchan further says, ‘There is no reason for this, but the surprising thing is, where does the food go? Even after eating, she is the same skinny. Everyone starts laughing after hearing this talk of Amitabh Bachchan. Please tell that the film Piku was directed by Shoojit Sircar. The film was released on May 8, 2015. Apart from Amitabh Bachchan and Deepika Padukone in this film, the late Irrfan Khan was also in the lead role. This film was well liked. Now it is reported that once again Deepika and Amitabh will be seen together in the remake of Hollywood film ‘The Intern’.