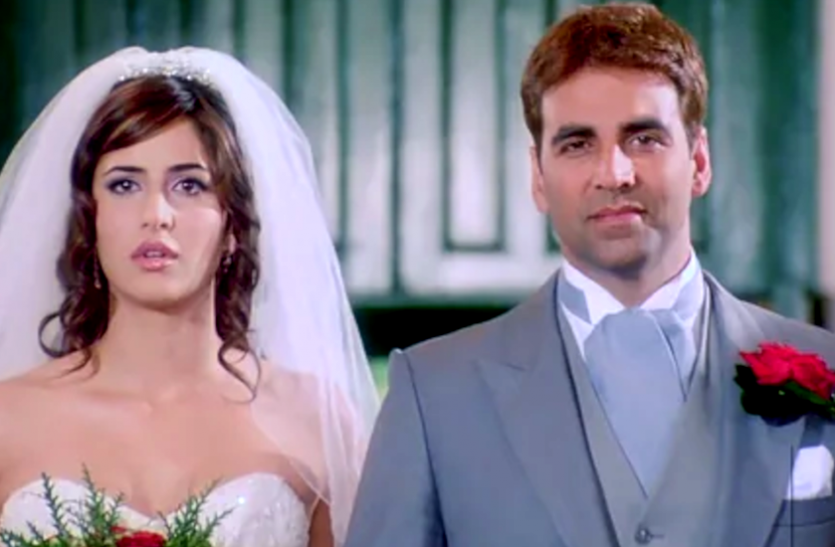 When Katrina Kaif felt career was over after seen Namastey London

Mumbai. Today is the birthday of Bollywood actress Katrina Kaif. Born on July 16, 1983, Katrina has turned 38 years old. In the year 2003, the actress made her debut with the film ‘Boom’. Although he got recognition from the film ‘Namaste London’. Katrina remembers an incident related to this film very well. According to reports, when Katrina saw this film for the first time, she felt that this film has become very bad. He felt that his acting career would be over. He even thought of changing his profession.

‘I was terrified watching the film’
Actually, she had gone to attend an episode of Karan Johar’s show ‘Koffee with Karan’. During this, the actress revealed the feeling that came to her mind after seeing ‘Namaste London’ for the first time. She had said, ‘When I saw this film, I was terribly nervous. The film’s director Vipul showed it to me and said, ‘What do you think?’ I did not respond to this by calling them. You know that when a director shows a film to an actress, you have to give her feedback. I left the house and closed the door and did not call them.’ After this, the filmmaker’s assistant called Katrina and told that the filmmaker is very upset due to not getting the feedback. After this the actress called Vipul and said that the film is good and kept the phone.

Also read: When Katrina Kaif wept bitterly in front of Salman Khan because of John Abraham

It’s all over, should find another career
According to Katrina, the actress saw herself several times in the film and thought it was very bad. Katrina felt that this film would be the last film of her career. ‘I saw myself a little too much in the film and started feeling what people would say. I thought no, no, no, people can’t see me in a movie, they won’t watch the film. This is very bad. It’s all over, my life is complete. I felt like I should pack my bags and look for a new career.

Many people praised the work
However, contrary to the thinking of the actress, the film was successful and received critical acclaim. The actress also received a lot of praise for her performance. After the release of this film, Katrina herself told that many people in the industry called her and told that her work in the movie was superb. In the words of Katrina, ‘Namaste London’ had changed people’s thinking towards me.

Also read: Katrina Kaif is the owner of a bungalow worth seven crores and a car worth 2.5 crores, failing another actress in terms of earning

Waiting for the release of ‘Sooryavanshi’
Talking about Katrina’s workfront, her film ‘Sooryavanshi’ is waiting for release. Currently she is shooting for ‘Tiger 3’ with Salman Khan. Salman and Emraan Hashmi are in lead roles in this movie. Apart from this, the actress will also be seen in the film ‘Phone Booth’ starring Ishaan Khatter and Siddhant Chaturvedi. He also has a superhero series by Ali Abbas Zafar.