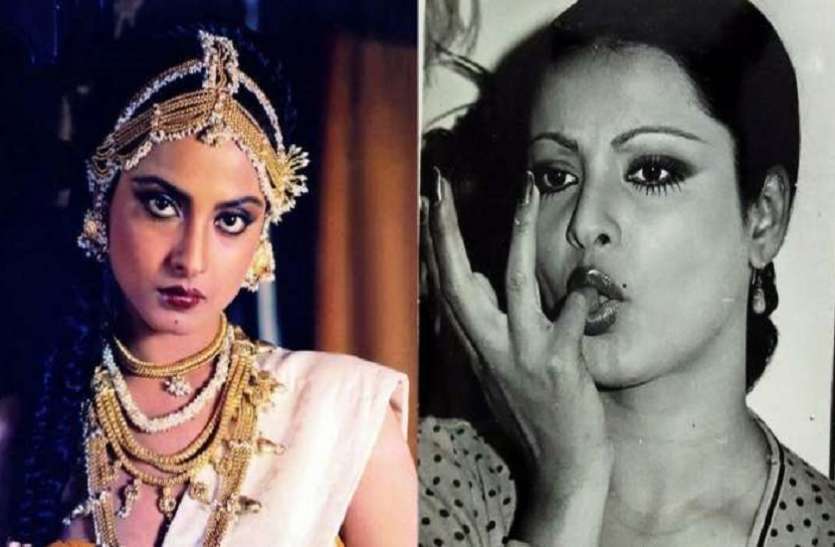 When Rekha gave a bold statement on physical relationship

New Delhi. Veteran Bollywood actress Rekha has worked in many superhit films in her time. There was a time when she used to be the top heroine of Bollywood. Whoever used to see her beauty, used to keep watching. However, even today in terms of beauty, Rekha beats many heroines. She looks very beautiful even at this age of age. But more than films, Rekha remains in the headlines due to her personal life. Many stories related to him are heard in Bollywood corridors. Be it affair with Amitabh Bachchan or marriage with businessman Mukesh Aggarwal, even today they are discussed.

Also read: When Saif Ali Khan was furious over Kareena Kapoor’s short dress, she said – why don’t you wear clothes?

Sex is necessary to be close to a man
Rekha has given statements many times regarding her personal life and unfulfilled love. But once Rekha had said something that everyone was surprised to hear. Actually, many stories related to the life of the actress have been revealed in Yasir Usman’s book ‘Rekha – Kaisi Paheli Zindgani’. According to the same book, Rekha had said in one of her interviews, ‘You can’t come very close to a man until you have sex with him.’ There was a lot of discussion about this statement of Rekha at that time.

Bold statements have been given many times
However, Rekha has made similar statements on several occasions. Once she said that it is just a coincidence that I have not been pregnant yet. Apart from this, once Rekha had called those who denied sex before marriage as hypocrites. Rekha said, ‘Sex before marriage is very natural. And the hypocrites who say that a girl should first have sex only on her honeymoon, they do nonsense.

Rekha did not get love
Let us tell you that even though Rekha has always been bold in the matter of love, but she never got any love in real life. Everyone knows that Rekha had fallen in love with Amitabh Bachchan. She loved him very much. However, at that time Amitabh Bachchan was already married. He married Jaya. Despite this, Rekha did not care for anything. But after some time Amitabh made distance from him. After that, Rekha married Delhi-based businessman Mukesh Aggarwal in a hurry. This marriage did not last even for a year and Mukesh hanged himself with Rekha’s dupatta. There was a lot of talk about his suicide.