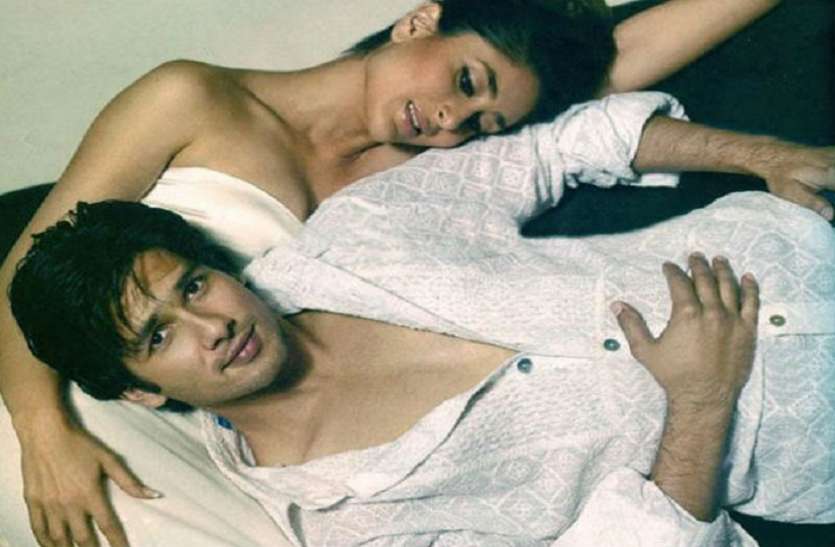 New Delhi. Relationships are building and deteriorating day by day in Bollywood. Sometimes couples who have been together for years break up and sometimes a star gets divorced. There have been many breakups that no one ever expected. It also includes the names of actors Shahid Kapoor and Kareena Kapoor. There was a time when the love of both had blossomed. Both had dated each other for many years. But then in the year 2007, during ‘Jab We Met’, news of their separation started coming.

Also read: There was no conversation between Salman Khan and Aamir Khan, one incident made the best friend

Kareena had proposed
It is said that Shahid and Kareena came close to each other from the film Fida released in the year 2004. This was the first time that the two worked together in a film. Meanwhile, the news of their dating started flying. Kareena was attracted towards Shahid. According to reports, Kareena herself proposed Shahid. After several calls and messages, she persuaded the actor to go on a date. After which both of them started dating each other. Kareena was so immersed in Shahid’s love that she even became a vegetarian for him.

Saif Ali Khan got along
Fans felt that now soon both will get married too. But then came the news that everyone was surprised to hear. In the year 2007, during the shooting of ‘Jab We Met’, the distance started coming between the two and eventually the two parted ways. Bebo got along with Saif Ali Khan after the breakup with Shahid. At the same time, Shahid Kapoor did an arranged marriage with Mira Rajput of Delhi. Today both are happy in their married life and both of them have also got two children.

MMS leaked
Years after the breakup, Kareena Kapoor and Shahid Kapoor worked together in the film ‘Udta Punjab’. This film proved to be a hit. But earlier, when Shahid was asked in an interview whether he would work with Kareena, he gave a surprising answer. He said, if my director asks me to work with a cow or a buffalo too, then I am ready for that. His statement made a lot of headlines. Let us tell you that when Shahid Kapoor and Kareena Kapoor were in a relationship, an MMS of both of them was also leaked. In which both were seen kissing. Both were also very embarrassed by its leak but both had called it fake.