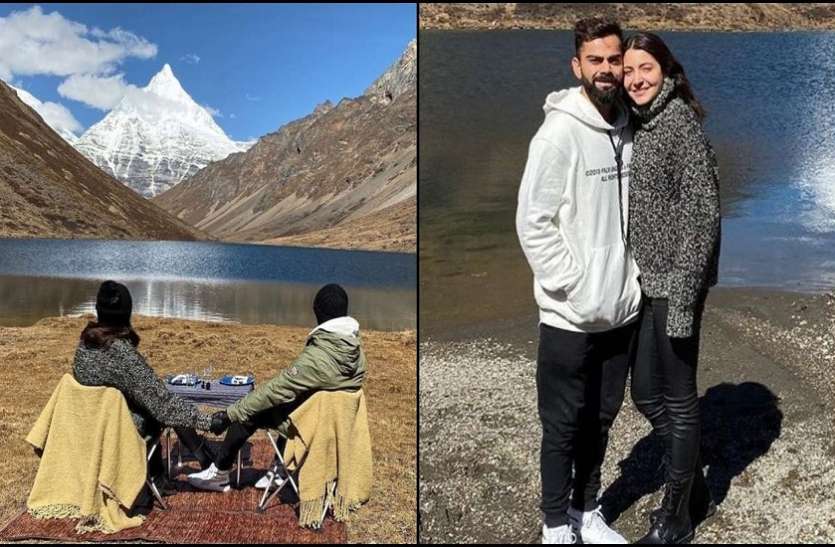 New Delhi. Bollywood actress Anushka Sharma is married to Indian cricket team captain Virat Kohli. Both got married in the year 2017 in Italy, away from the country. The pair of both is very much liked. Both are popular all over the world. Often romantic pictures of both of them go viral. In the year 2019, Virat and Anushka went on a Bhutan trip. Whose pictures he shared with the fans. But do you know that Anushka got angry with Virat during this trip.

Virat-Anushka went on Bhutan trip
Actually, Anushka Sharma felt that Virat was lost somewhere. In such a situation, when Virat reached her, she got angry with him. This whole story was narrated by Virat Kohli himself to Indian football team captain Sunil Chhetri on Instagram live session. In the year 2020, both came live during the lockdown. In such a situation, Kohli told him the fun of Bhutan.

Anecdote told during the live session
Sunil Chhetri asked Virat Kohli what happened in Bhutan that you ran away leaving your wife. After which Virat said, ‘We went to Bhutan and went out on the bike. Both of us were riding a bike together, then some crowd appeared in the middle, some of them said that hey it looks like Virat, then I do not know what was the craze that I ran my bike fast.

Anushka got angry
Virat further said, ‘I ran as if I had to finish a race. After this, when I went a long way, then when I looked back, Anushka could not be seen. A car was driving with us, that when we get tired, keep the bike in it and go ahead of the car. Then came to know that Anushka is with the guide behind, I hit a U-turn and reached Anushka behind. Anushka did not stop, I was talking to her by riding a bike next to her that I did not know when I overtook. Anushka was not even talking to me. She was behaving as if some roadside was harassing her. Virat laughed and said, ‘It is good that no security person has come.’