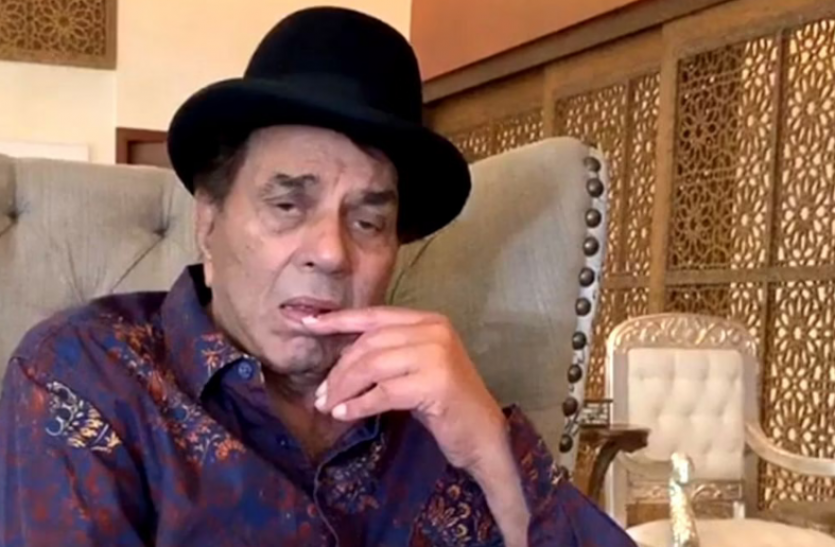 Why Dharmendra Said Everything That Glitters Is Not Gold – Posting the video, Dharmendra said, ‘Every shining thing is not gold, I am saying with a sad heart…’

Mumbai. Veteran actor Dharmendra is very active on social media. Sometimes actors share things related to personal life for their fans, sometimes interesting information related to their films. Dharmendra also shares photos and videos about his personal farmhouse. His fans also like and comment on his every update. Recently Dharmendra has shared a video on his social media, which is from his film ‘Guddi’. Actress Jaya Bachchan is also seen with him in this video. The actor has spoken emotionally in the caption of this video. The actor looks sad.

‘Everything that shines is not gold, friends’
Dharmendra has shared a video related to the film ‘Guddi’ on his official Twitter account. His role in this film was a guest star. He has shared an important and emotional information with the fans with this video. The actor wrote in the caption of this video, ‘Everything that shines is not gold, friends. In ‘Guddi’, the veil was raised from this glamor. I am saying sadly heart that this stage of Mohan studio was burnt…here I had my screen test. Jaya Bachchan is also seen in the video. He is seen explaining to them the reality of the film world and life.

Also read: At the age of 85, Dharmendra is spending his life in a farmhouse spread over 100 acres, see beautiful pictures

Significantly, the film ‘Guddi’, directed by Hrishikesh Mukherjee, was released in 1971. The story of the film was written by Gulzar. Actors like Jaya Bachchan, Utpal Dutt, Asrani, Keshto Mukherjee, AK Hangal, Samit Bhanja were seen in this film.

Also read: Hema Malini’s father tried to keep Dharmendra away from the actress, the actor came up with this trick

Were sad due to black marketing in the second wave of Corona
Dharmendra had made an emotional post even during the second wave of Corona. In this, he shared the clip of Dilip Kumar’s movie ‘Footpath’. This movie of Dilip Kumar was released in 1953. In this, Meena Kumar and Anwar Hussain were also in the lead roles with him. In the caption of this video, the actor wrote that ‘What was happening in 1952, today the same thing is happening’. In this post, the actor expressed grief over the black marketing situation in the country at that time.