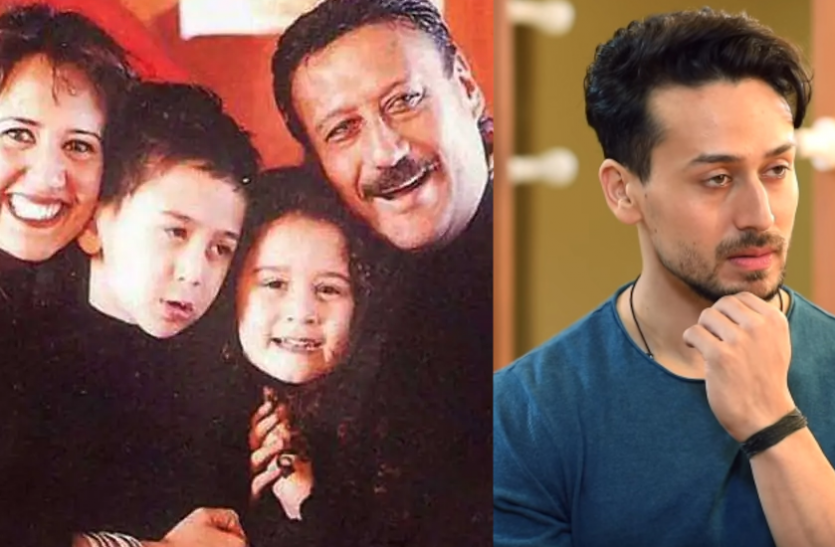 Why Jackie Shroff Had To Sell His House And Furtinure

Mumbai. The place where Bollywood actor Tiger Shroff stands today certainly includes the hard work of his actor father Jackie Shroff and mother Ayesha Shroff. Tiger is counted among the durable stars of the industry. However, the time came in front of the Shroff family, when they had to sell small items including home furniture, Tiger’s bed and shifted to a small apartment. Tiger shared this story in an interview.

‘I had to sleep on the floor’
According to Tiger, this thing happened when the actor had not even started his career in Bollywood. He was 11 years old at that time. In an interview given to GQ, Tiger had told, ‘I remember selling all the faces of our house one by one. The furniture of the house and my bed were also sold. Mother’s artwork, lamps and things that I grew up watching were all gone. I had to sleep on the floor. This was the worst feeling of my life. I wanted to work at that age, but I knew that I would not be able to help in any way.’

Also read: Tiger Shroff’s mother looks quite fit and glamorous even at the age of 60

The film did not work, so the house had to be sold
This is from 2002. Jackie’s wife Ayesha had made a film named ‘Boom’. This movie had stars like Amitabh Bachchan, Jackie Shroff, Gulshan Grover, Katrina Kaif, Padma Lakshmi, Madhu Sapre, Zeenat Aman. This was Katrina’s first Hindi film. It got leaked even before its release. Distributors withdrew their hands due to the leak of the film. Then Jackie took charge and got the film released. But this movie got beaten badly. Due to this, the Shroff family had to sell their four bedroom apartment in Bandra.

son promised to get back home
Tiger told in this conversation that the uncertainty that happened in these years, he motivated a lot. When Tiger entered the film industry, he promised his mother that he would bring her home back. Tiger made his debut with the movie ‘Heropanti’ in 2014 and earned enough money to keep his promise. However, his parents decided to stay where he was staying and did not buy the house.

Also read: Father Jackie Shroff said on Tiger Shroff’s marriage, if he gets married then his focus will go away

mother does not want to take back home
In an interview, Jackie Shroff said that ‘I am proud of both my children. They are strong enough that we can buy back home, but my wife doesn’t want to take it back. She says let it be, Joe went to sleep. However, son Tiger is thinking that he wants to build a house for his mother and family.