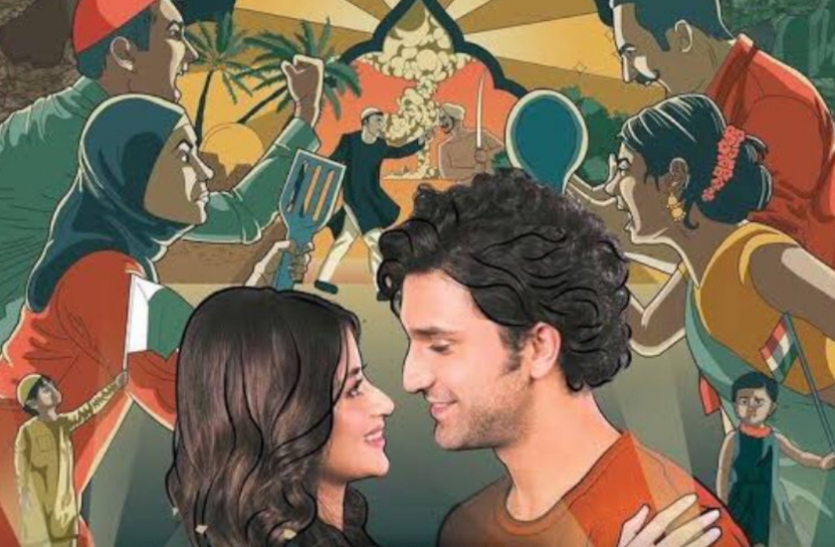 Mumbai. There has been tension between India and Pakistan on many issues. However, out of all the issues, the subject of Kashmir is considered the most sensitive. Recently the trailer of a Pakistani web series ‘Dhoop Ki Deewar’ has been released. Pakistani social media users have become angry as soon as this trailer was launched. Angry users allege that this series is against the spirit of patriotism. This should be banned.

Demand for ban on series
‘Dhoop Ki Deewar’ depicts the love between an Indian boy and a Pakistani girl. In this series, the story of the children of soldiers martyred in Kashmir has been woven in a poignant manner. The Sajal Ali and Raza Mir starrer will stream on ZEE5 on June 25. However, as soon as its trailer was released, protests started on social media. Describing this series as contrary to the spirit of patriotism, there is a demand for a ban. The hashtag ‘Ban Dhoop ki wall’ is trending on Twitter in Pakistan.

Also read: Ertugrul Ghazi: Why is a web series on Turk fighters being liked in Kashmir

Users made allegations
Twitter users protesting ‘Dhoop Ki Wall’ say that the makers want to make money from the blood of Kashmiris. It is also being written that ‘Kashmir’s blood is not for sale. A Pakistani user says, ‘We will not let the blood of Kashmiri martyrs and Pakistani martyrs go to waste’. There are some traitors in Kashmir and Pakistan who have traded their religion for money. shame on them.’ Another user wrote, ‘Pakistan will always stand with the suffering people of Kashmir. Unfortunately Sajal and Ahad have become a part of India’s 5th generation war against Pakistan for money. Similarly, many users have demanded a ban accusing the story, cast, producers of the series.

Pakistan will always stand with the oppressed people of occupied Kashmir.
Unfortunately Sajal and Ahad have become a part of 5th generation war of India against Pakistan for money. #BanDhoopKiDeewar pic.twitter.com/HbB4Nt2mXj

Answer to all the misconceptions and questions raised upon the Umera Ahmed’s upcoming Dhoop ki Deewar! A thread👇🏻
.#NoBanOnDhoopKiDeewar pic.twitter.com/3jsdHgK75s

Pakistan Army gave permission
Meanwhile, the makers of the series have stated that the show has been approved by the Inter-Service Public Relations (Media and Public Relations Department of the Pakistan Army) of the Pakistani Army. Writer Umera Ahmed said in a Facebook post that, ‘When I started working on ‘Dhoop Ki Deewar’ in 2019, I sent its story to Inter-Service Public Relations. In this, his team was asked to examine the story so that whatever objectionable thing is in the story, it can be edited. He says that this is his own story, which he wrote as a novel. He was later approached by Pakistani company ‘Group M’ to convert it into a drama.