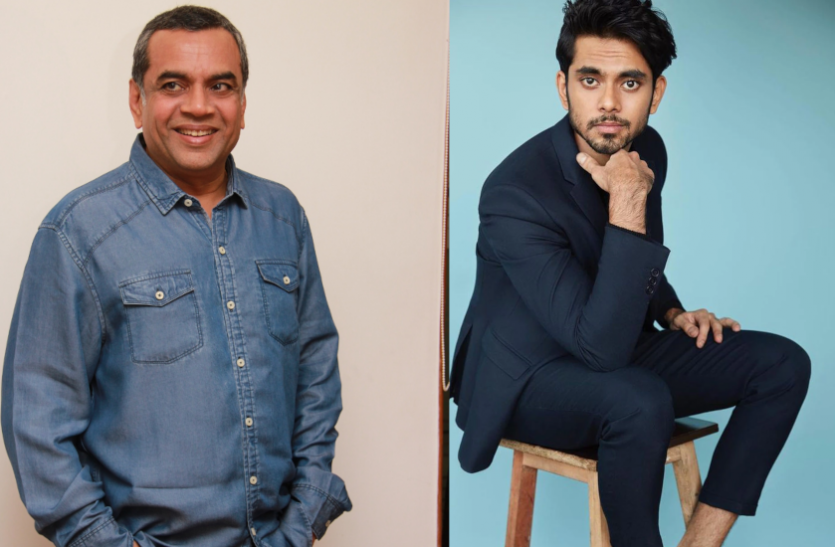 Mumbai. Bollywood’s famous actor Paresh Rawal has won the hearts of the audience with his performance in many films. The actor has left his mark in negative to comedy roles. His son Aditya Rawal has also debuted in Bollywood. In a recent interview, Paresh Rawal told why he could not launch his son himself.

‘I didn’t have that much money’
Paresh Rawal has said in an interview to The Indian Express that he could not launch his son himself. Because the actor did not have that much money. Paresh said in the conversation, ‘I did not launch my son because I did not have that much money. It takes a lot of machinery to launch a son. Because of his work, he is getting work without any recommendation. Isn’t that good? He was noticed by his own effort. People liked his work in ‘Bombad’. Now he is working with Hansal Mehta. He is getting work on his own. He doesn’t need his father’s recommendation.

Aditya was a writer before becoming an actor
When Paresh Rawal was asked what kind of lessons and instructions he gave before son Aditya’s Bollywood debut. Paresh said, ‘I know how disciplined, dedicated and focused he is towards the work, so I did not teach him any kind of lesson. At the same time, I also think that there is no need to guide this generation. We must leave them to their ways. This generation is smart and honest. Whenever they ask, all they have to do is point the direction. They need your support. Before becoming an actor, my son was a writer. Aditya co-wrote Ashutosh Gowariker’s film ‘Panipat’. This movie was released in 2019. Paresh further said, ‘He went to New York University for script writing and play writing. For acting, he took training from London International School of Performing Arts for 6-8 months in London.

READ Also  Bharti Singh reveals why she does not have Photos of her father Comedian breaks down on show | Bharti Singh cried on Maniesh Paul's show, does not allow anyone to do this work

Also read: A few hours before his death, Sunil Dutt wrote a letter to Paresh Rawal

Paresh Rawal told that his son was not treated like a star kid during the promotion of the film ‘Bamfaad’. Even without the father’s name, his work was seen and people praised his work.