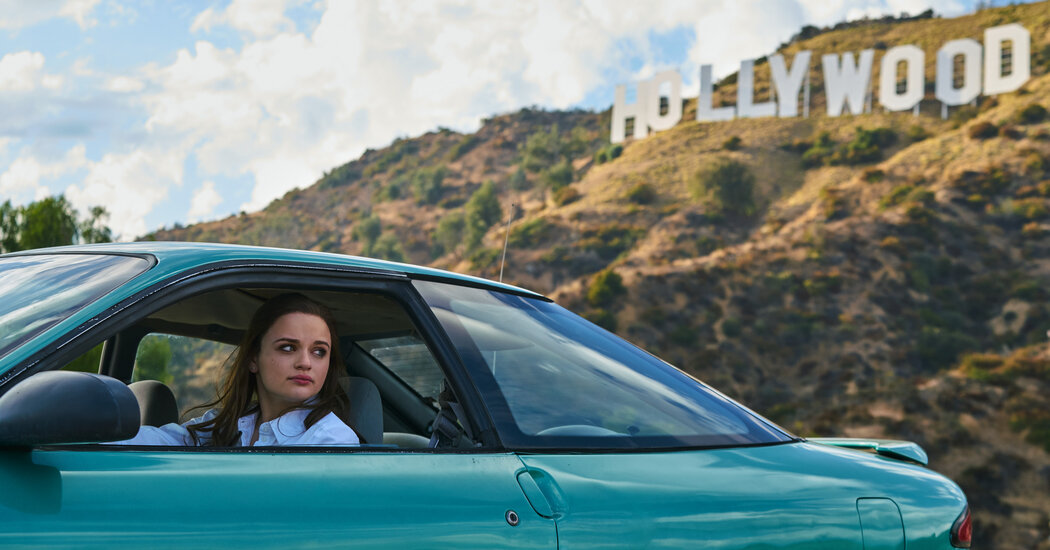 With ‘The Kissing Booth 3,’ Joey King Closes a Chapter of Her Life

Looking back, it’s a bit of a miracle that “The Kissing Booth 3” was created in the first place.

Not because the 2018 “The Kissing Booth” was initially a standalone film – before the summer romantic comedy, about a high school student who falls in love with her best friend’s brother, became an unexpected hit on Netflix. And not because of the pandemic; this last chapter was filmed earlier, in 2019, at the same time as “The Kissing Booth 2”.

With days of work that included wrestling in massive inflatable sumo suits, filming a montage in a water park, and go-kart racing in Mario Kart-like costumes, it’s remarkable that Joey King and his colleagues, who had a blast in the process, were able to concentrate enough to get the job done.

“If you put us in a room and expect us to do a lot of things that are productive, it’s going to be tough,” King, the 22-year-old star of the franchise, said on a video call. . “We are like 12 year old boys.

The final film in the trilogy, which begins airing Wednesday, follows Elle, the character of King, through her last summer before college as she juggles her boyfriend, Noah (Jacob Elordi), and checks out the aforementioned antics with his friend Lee (Joel Courtney) in a last ditch effort to complete their childhood bucket list.

One of her next projects has a different vibe: King described “The Princess”, which she is filming in Bulgaria this summer, as an action film, “‘The Raid: Redemption’ meets Rapunzel”. She sat down for a video interview (energetic as always, it should be noted, at 6 a.m. local time) to discuss the end of the series that defined this phase of her career and how the maturity of She mirrored hers. These are edited excerpts from the conversation.

What was it like shooting the last two films back to back?

In fact, we shot them at the same time, which meant that in one day we would be shooting scenes from both films. It was so confusing.

How did you put everything away?

I can’t give myself that kind of credit, because I haven’t. I knew exactly what I was doing every day, but when I was on the set and my director [Vince Marcello] would come and say a note or something, I was like, “Wait, are we in movie 3 right now?” He said to me: “No, we are still in movie 2.” It’s not like they’re very similar, as their plots take on completely different turns. But it was kind of fun getting them married together.

Was this movie – with “The Kissing Booth 2” – the first project you produced?

That is, what was lovely. I’ve been putting my hand more into production lately; In fact, I also produce “The Princess”. But it was really special for me to start these movies since I’ve been with them for so long.

I’m a bit of a sponge. On set, it was more of me absorbing stuff from Vince and like, “So why did we make this decision?” Just ask more questions. He was so willing to be even more collaborative with me and ask my advice. I felt like I had a voice on set, but my voice really came at the back of the shoot. I had a lot to say about the final product and I am also very involved in the marketing process. I am very passionate about these two things, and I feel like I am one of the target audiences. It’s fun to be able to have my say on something that I would like to watch at the end of the day.

At the heart of these films is a coming-of-age story. Did you find any similarities with your own experiences at this point in your life?

I have always felt very connected to Elle. I remember receiving the script for the first film. I called my team and said, ‘When can I audition for this? I want it so badly. And they were like, “You don’t have to audition for that; it is an offer. If I had to audition for it, I would have done anything to get this job.

So when I started playing Elle I felt like [she] and I was very, very similar. Its atmosphere, its sense of humor; I felt very much in tune with it. And the same goes for the second and third films, if not more – I went through a lot of important moments in life in his place.

How do you feel that you have changed since?

I have changed so much. It’s actually pretty amazing to me. I never thought I was going to change as a person, and I was so wrong. It’s the beauty of being young. My perspective on life has changed – my perspective on family, relationships, career. That’s why, when I feel like I’ve really been through so much with Her, it’s because I’ve changed so much as a person and learned so much.

I became a little more present. I started to meditate. I found a very amazing relationship [the director and producer Steven Piet]. Obviously, I have always loved my family, but I found a deeper appreciation for them. And career stuff too: I started to focus more on what I wanted to do and how much I didn’t want to do certain things. And it was really interesting, just to feel a little more empowered in my own decision-making abilities. I am actually a rather indecisive person. If you take me to a restaurant, I have no idea what I want. And that’s even if we decide where we need to go. But when it comes to my career, my brain swings in a decisive fashion. It’s a new development for me.

You’ve had such a range of roles at this point – “The Kissing Booth” is very different from “The act. ” [King was nominated for an Emmy for her performance in the Hulu true-crime drama, as a young woman convicted of killing her mother.] When you talk about restricting what you want to do, do you hope to keep that kind of variety? Or do you prefer certain roles?

Personally, I like to keep a wider range and never really have a ‘this is what I want to do next’. I want to stay excited about this. I like the fact that they [“The Kissing Booth” and “The Act”] were opposite poles. And I hope people are happy to see me in different types of roles, because I very carefully decided that was what I wanted to do.

It was, as far as we know, the last “Kissing Booth”. But if the opportunity presented itself, do you see yourself revisiting Her and this story in the future?

I started these films when I was 17. We were like, we hope people like it – if anyone even sees it. We didn’t know what impact it would have. I never got tired of playing Elle. It’s so much fun. Watching this story end so well like a beautiful arc, I think it would be a little difficult to come back after that. We made this ending exactly what I think it should be. Selfishly, do I want to replay Elle? Absoutely. But I think the story is in its final chapter.