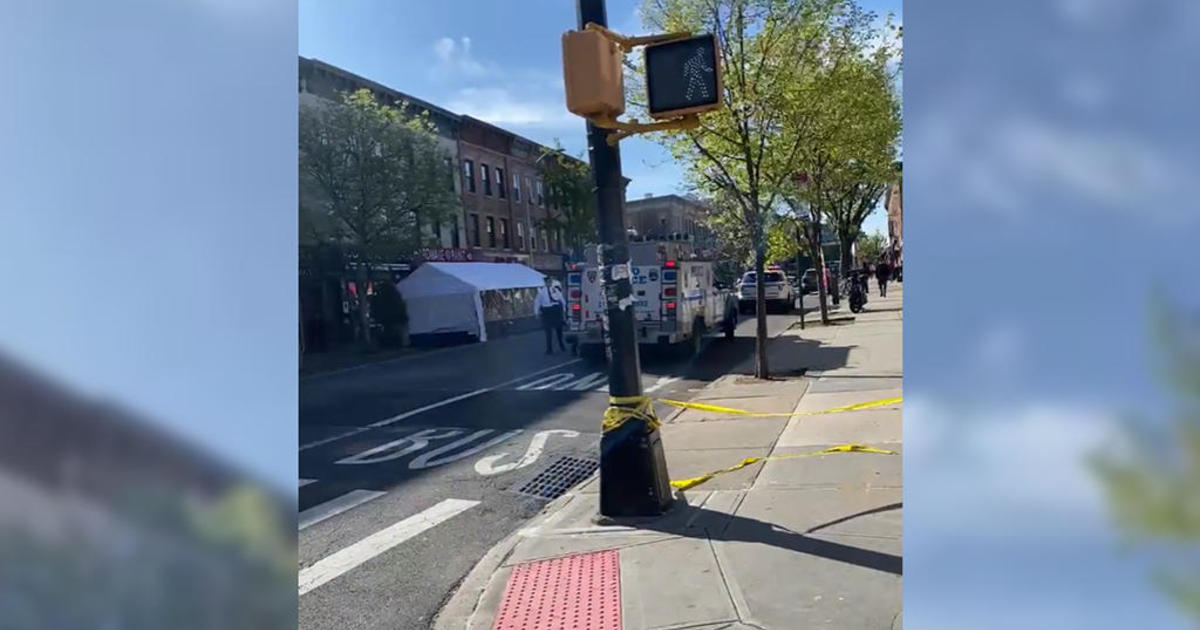 NEW YORK – One woman has died and another is in critical condition after being shot in Queens Monday morning.

It started as a domestic incident inside an apartment on Fresh Pond Road near Palmetto Street, and police are still looking for the gunman.

Police say it started as a domestic dispute between a 51-year-old victim and her boyfriend, 55.

A 48-year-old woman, the downstairs neighbor, went upstairs to check on the commotion.

Police say the suspect opened fire, shooting the 51-year-old in the head, and the 48-year-old was struck twice.

Both women were rushed to the Elmhurst Hospital, but one did not survive. The other victim is in critical condition.

“All of the police cars were blocking everything off. Business actually slowed up for us, because they weren’t allowing anyone in the store. We’re just doing deliveries right now,” said Rico Stephen of Bakers Dozen Bagels.

Police are searching for the suspect.