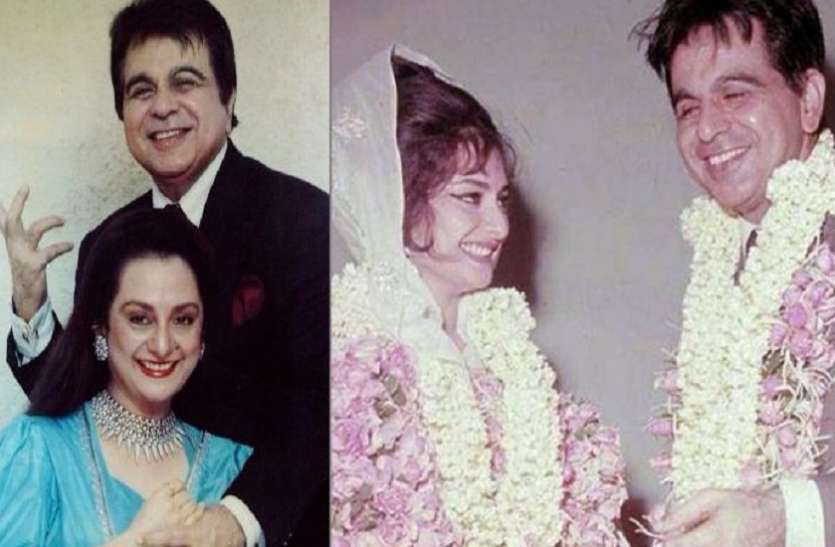 New Delhi. Film industry veteran Dilip Kumar has said goodbye to the world. He breathed his last at Hinduja Hospital today at 7.30 am. He was 98 years old. He had been ill for a long time. On June 29, he was admitted to the hospital due to difficulty in breathing. Even in the last days of Dilip Kumar, his wife Saira Banu stayed with him like a shadow. In such a situation, today we tell you about the interesting love story of both-

Saira was in love with Dilip Kumar since childhood
Saira Banu was born in the year 1944. After the Indo-Pak partition, she settled in London. This is where he studied. Whenever Saira came to India for a holiday, she used to sit in the studio for hours to watch the shooting of Dilip Kumar’s films. It is said that she had fallen in love with Dilip Kumar since the age of 9. However, at that time Dilip Kumar did not show any interest in him. He was hesitant even due to the age gap of many years. But he knew that Saira loved him very much.

Dilip Kumar kept seeing Saira in a sari
After that one day Dilip Kumar saw Saira Bano wearing a brocade sari and was left stunned. At that moment he was in awe of Saira’s beauty. In Dilip Kumar: The Substance and the Shadow, Dilip Kumar himself mentioned about the first meeting with Saira. He had said, ‘When I got down from the car and went towards Saira’s house, my eyes fell on Saira. She was wearing a brocade saree. I was surprised to see them. Because I thought she was too young but now she was no more a little girl. She turned out to be more beautiful than I expected. I moved on I shook hands with Saira and time stopped there.

a series of meetings
After this, the next day, Dilip Kumar called Saira Banu praising the food and then the meeting of both of them started. After that one day Dilip Kumar proposed marriage to Saira Banu. Then what was there. Saira, who loved Dilip Kumar since childhood, immediately said yes. Both got married in the year 1966. At that time Dilip Kumar was 44 and Saira was 22. After marriage, both of them were always together in every moment. Together they saw many ups and downs in life and faced them together. Saira left her career for Dilip Kumar and devoted herself to his care.